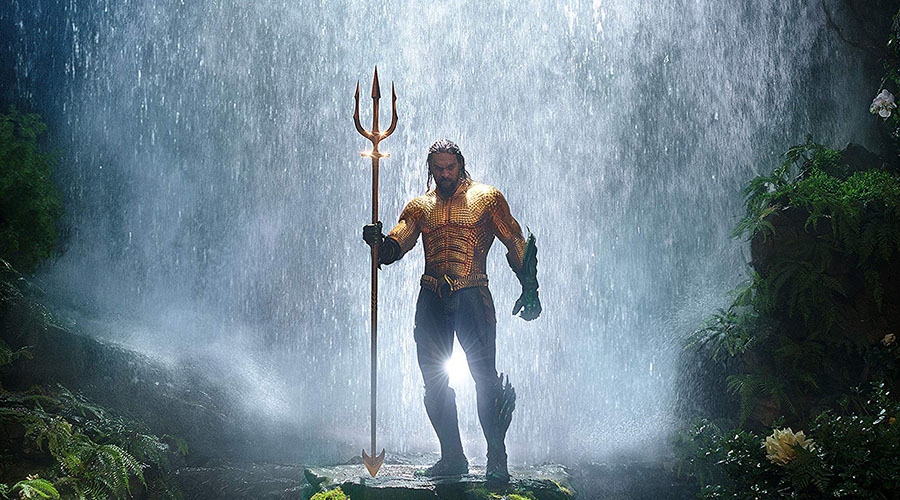 Setting the yardstick higher and higher every year for what constitutes a modern day blockbuster has led to some amazing looking movies. The visual arts have never be more spectacular looking on-screen. James Wan’s (Furious 7 and The Conjuring) take on the DC character Aquaman puts spectacle before story and does his cast and the film a disservice.

Jason Momoa as the title character oozes charisma on-screen but he is left with little to do except spout the occasional one-liner. For an origin story the film oddly starts wth Momoa as a fully grown man and a fully realised superhero and then throughout the film, his backstory and how he became a man is given very little screen time.

There is however a wonderful scene early on where he and his father payed by Temuera Morrison go out drinking together. It’s funny, touching and pokes fun at the reality of being a superhero but it’s an island in the middle of a sea of CGI fight scenes. Fight scenes with so much visual information they become overwhelming by film’s end.

As spectacle, Aquaman more than delivers what is expected and Momoa’s physical presence and size makes for some very exciting fight scenes as does his smart ass persona. It all just feels that with a better developed story that the film could have been something so much more.