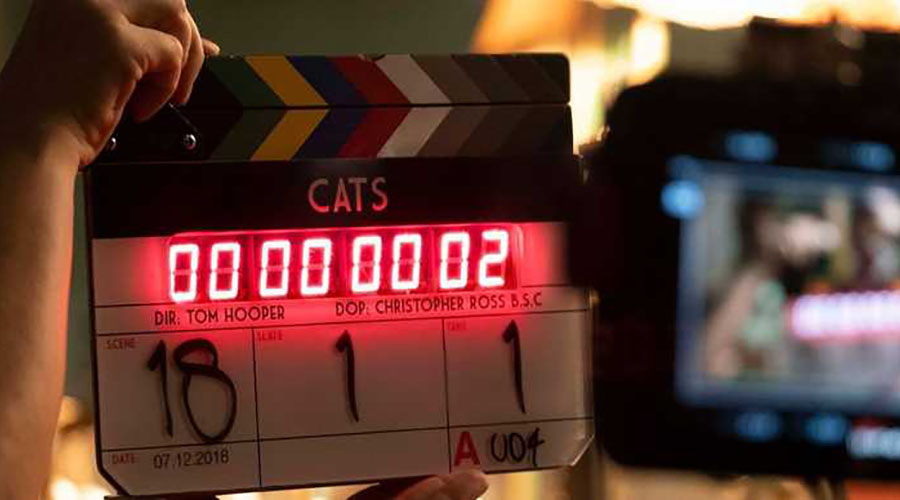 Universal and Working Title’s feature adaptation of Andrew Lloyd Webber’s hit musical Cats has started filming with the studios announcing the official parts to many of the castmembers who have already been announced, i.e. Taylor Swift who will play Bombalurina, James Corden as Bustopher Jones, and as many have surmised, Jennifer Hudson is Grizabella.

Many have wondered how Cats will appear on screen, and the Tom Hooper-directed production is using a new technology to transform cast members into a vivid new vision of their characters.

Prior to the first day of shooting, the cast have been rehearsing at Leavesden Studios in Hertfordshire, UK. Overseeing the dancing in Cats is three-time Tony-winning choreographer Andy Blankenbuehler (Hamilton: An American Musical, In the Heights, Bandstand), who also choreographed the 2016 stage revival of Cats. The pic’s cast features hip hop dance sensation Larry and Laurent Bourgeiois (aka Les Twins); former principal dancer for the New York City Ballet and Tony-nominated actor Robbie Fairchild (An American In Paris); former soloist of The Royal Ballet Eric Underwood; Mëtte Towley, a member of Pharrell Williams’ acclaimed dance troupe The Baes; Steven McRae, principal of The Royal Ballet.