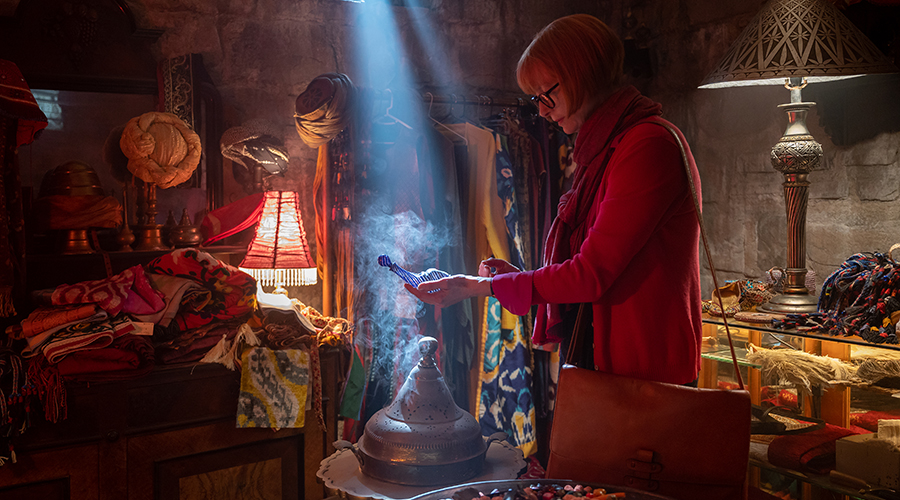 George Miller expands his portfolio with this idiosyncratic genie tale that is about a lot more than just three wishes. Everyone’s favourite odd bod Tilda Swinton plays Alithea, a British scholar travelling to Istanbul for a conference. While shopping in The Grand Bazaar she buys a capped glass bottle.

You may think you know where the story goes from here but it veers into a much more interesting narrative. It’s more about The Djinn’s (Idris Elba) story and how he came to be trapped in the bottle. Few actors have the gravitas vocally as Elba and it’s used to great effect as he spins his tale.

As the story expands you find the loneliness that The Djinn has experienced being trapped in the bottle for centuries is equally matched by Alithea’s emotionally spartan existence. They argue about the value and consequences of the three wishes and her reticence to expand on her inner feelings.

After Alithea voices her wish the story relocates to Mother England for the final reel. When the final scene plays out you will find that her inner core has been expanded in a way that you didn’t expect. Counter to the film’s trailer this is a more personal endeavour than a splashy special effects-driven bonanza.
Rob Hudson
www.facebook.com/roadshow/