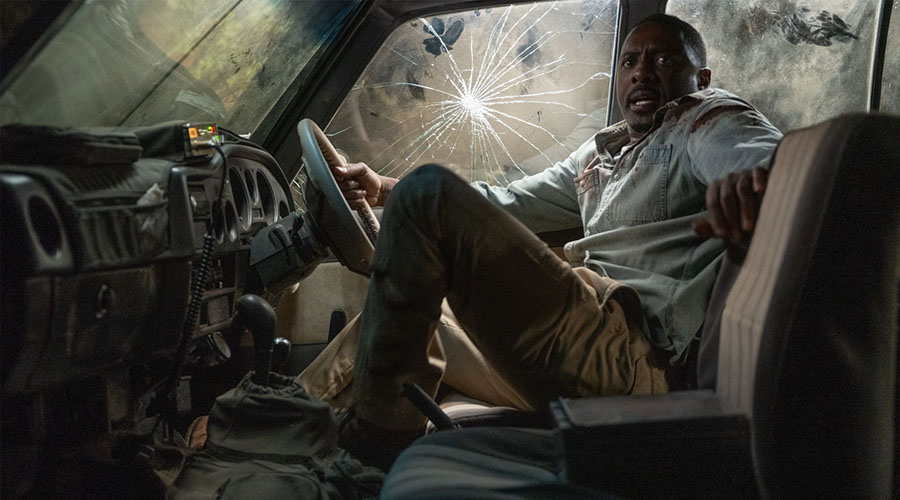 As one of the last frontiers representative of the time when wild beasts freely roamed the planet, Africa is a land at risk and one that deserves our committed preservation. The threat posed by man is turned on its head by a lone beast that is forced to fight back.

After its entire pride is decimated by a group of marauding poachers, a lion goes rogue and became the beast of the film’s title. He sweeps through the area surrounding his den disposing of almost all of its human inhabitants. This massive creature is relentless in its aggression and ferociousness.

Into this cauldron steps Dr Nate Samuels (Idris Elba) and his two young daughters Meredith (Iyana Halley) and Norah (Leah Jeffries). The Samuels are joined on this journey by long-time friend Martin Battles (Sharlto Copley). The family is there to visit the homeland of the doctor’s late wife.

When humans have the hubris to think they control nature, things often go astray and this allegory makes that clear. We are never as in control as we think we are. Tense and exciting during its compact running time, Beast turns the table on the human excursion in the wilds of Africa. The action is explicit and relentless.