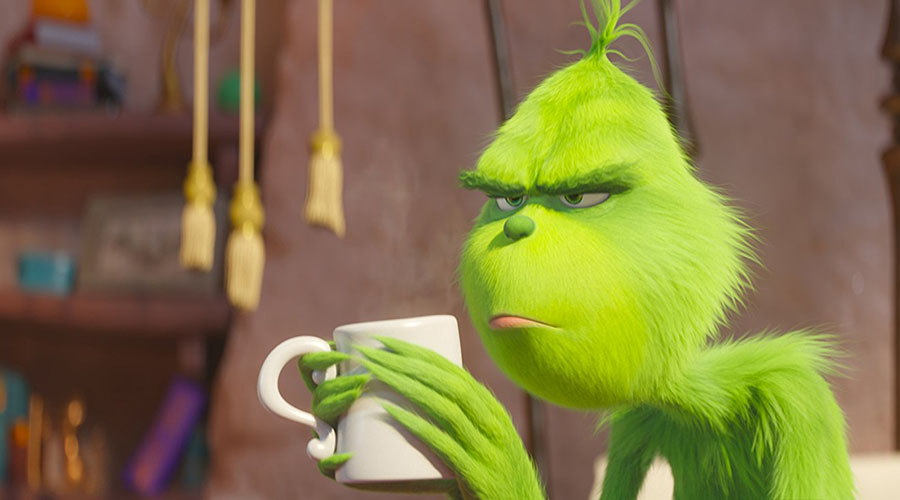 He’s mean, green and someone you’ve already seen. Illumination (the folks behind Despicable Me and The Minions) use all the new visual tricks at their disposal and reimagine the tried and true Grinch Who Stole Christmas storyline.

The bright holiday colours absolutely jump off the screen and the wild Rube Goldberg inventions in Grinch’s cave and the set design show a heightened level of detail. Benedict Cumberbatch is the voice behind the unfriendly one and modulates his voice to good effect. A serious rendition this is not.

The story while being a familiar one, is still worthy of retelling as this time of year brings as much loneliness to some as it does happiness. Making people aware of the pitfalls that can occur during this festive season is a good thing.

The filmmakers (including Scott Mosier, long time producer of Kevin Smith projects) do an admirable job of bringing an old story to a new market. At our screening the audience was chock full of young children and the film keep them fully engaged and content throughout.