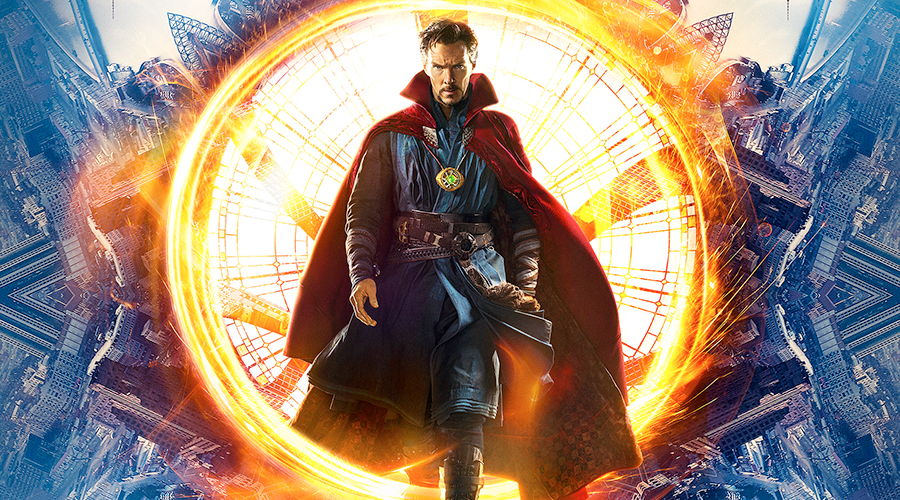 Doctor Strange seems to do its damnedest to make you dislike it.

It’s about yet another rich, narcissistic, egotistical twat whose circumstance dictates a seachange to superheroism. It is heavily styled along the lines of Christopher Nolan’s Inception but lacks his clever script to make the minutiae work. There are puzzling continuity errors – did nobody proof watch this movie? Equally puzzling are some of the action scenes that are extremely difficult to follow. Other scenes seem clunkily truncated – no doubt to be later expanded upon in a Blu-ray extended edition. Strange seems to go from mystic atheist to devout cultist to defeating an intergalactic multidimensional villain in the space of, oh, 1 hour and 55 minutes. And it even includes the dreadful clichés, “forget everything you think you know” and “it’s complicated”. Ugh! But in spite of itself, Dr Strange remains cracking fun.

Its ideas of sorcery and the magic held therein take Marvel films in a different direction yet still dovetails with the existing cinematic canon in interesting and comedic ways. And these new CGI spells allow for some compelling effects and some thrilling interactions when it comes to combat.

The film is also aided immensely by its cast. Benedict Cumberbatch can do no wrong at the moment and this role won’t spoil his winning streak. His performance here being more at the Khan end of his range than Alan Turing.

Similarly with Tilda Swinton, who also never fails to impress, as an ancient mystical master reminiscent of The Last Airbender. Her performance is a delightful mixture of sass, cheek, mystery and wisdom.

Chiwetel Ejiofor seems to be reprising his role as The Operative from Joss Whedon’s Serenity. Indeed, he seems to be the exact same character, perhaps in a parallel universe. But these reflections of a former great role for him are fun to watch even if they are unintentional – and I’m not sure that they are.

Rachel McAdams, sadly, does little more than look pretty which, admittedly, she excels at. And Mads Mikkelson only need stare coldly at the camera and mumble to be worthy of watching. One day he’ll get a leading role in Hollywood instead of being the villain. One day.