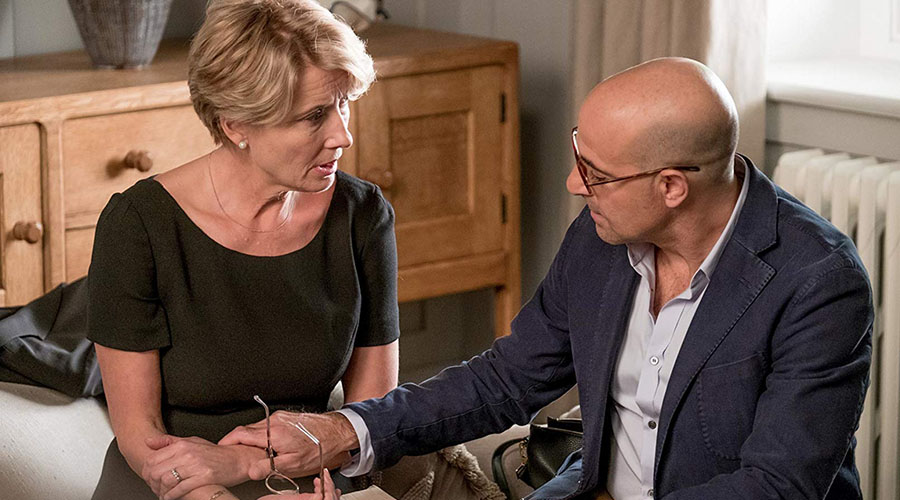 Almost completely consumed with her work on the bench and drifting further and further astray from the relationship she shares with her loving husband, Judge Fiona Maye’s (Emma Thompson) life is at a crossroads. Her often ties life or death work is important but it has had the effect of turning her into someone cold and clinically professional.

When an emotional case is added to her docket, she breaks protocol and becomes involved. This has the effect of changing her and husband Jack’s (Stanley Tucci) life. Things unfold in an unhurried fashion and the lack of cliche predicaments announce a work squarely aimed at audience members that enjoy character driven stories.

It’s examination of a wide range of topics such as monogamy, religious zealotry and obsession are expertly handled. It’s to Thompson’s thespian skills that her character even with her cold and distant nature is so appealing. You are still driven to look under the surface and grow to care about her deeply.

Some films are commerce and some are fine art. The Children Act falls into the later category and represents experienced actors delivering standout performances. For fans of that type of cinema, It is not to be missed.