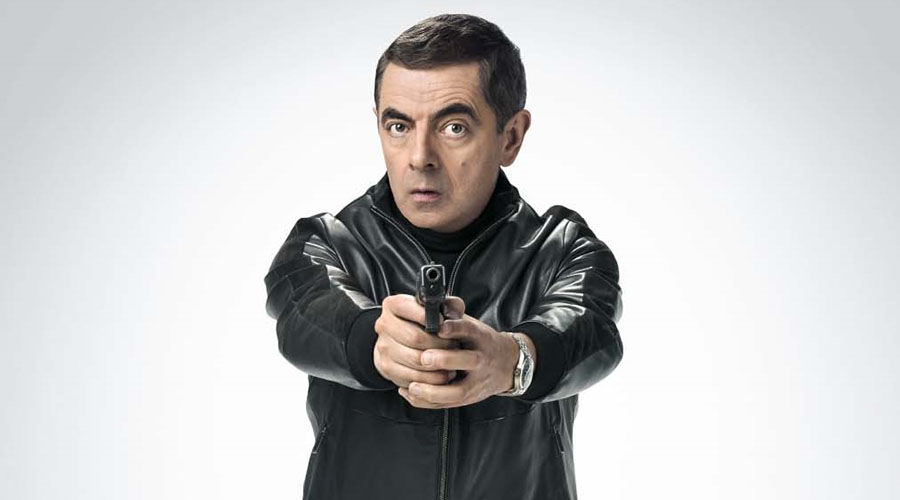 This is the kind of comic endeavour that harkens back to an earlier time. It’s an analogue spy story for the digital age. It will also find a more favourable reception with those that enjoy comedy of a more physical nature as the rubber faced antics of Rowan Atkinson are in full display here.

The story revolves around technology while actually using very little of it. All the top secret British Intelligence agents have been outed and are now useless so they have to recruit some of the old school spies and put them back into the field. This gives the exiled Johnny English (Atkinson) a way back in. It also leads to a wonderful scene with a surprise trio of classic English acting veterans who unfortunately meet a quick demise as a result of English and his blundering ways.

Casting Bond girl Olga Kurylenko as the main nemesis of English is a clever choice as her calm glamour contrasts nicely with Atkinson’s bumbling ways. Emma Thompson’s comic turn as the Prime Minister is also a pleasant surprise. The globe trotting nature of spy films is featured and there are some interesting locations, but only if you find Scottish Castles exotic.

There are a large number of ongoing gags, which is a good thing as the hit to miss ratio is a little bit underwhelming. The filmmaker’s have also used that dubious computer generated imagery of things being blown up, you know the stuff that looks totally unrealistic? Come on guys, the film had to have had at least enough budget to build a few models to blow up.