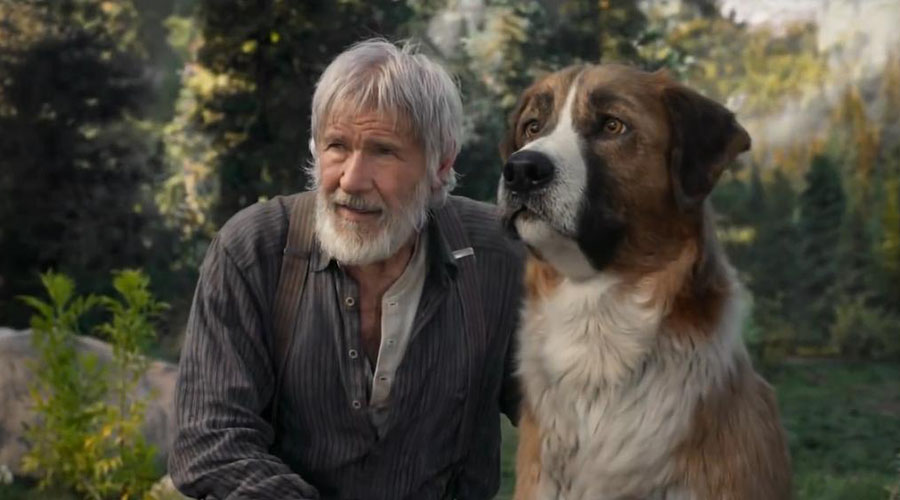 The Call Of The Wild Movie Review

Using modern computer technology to tell an old school tale, The Call of the Wild is a satisfying blast from the past. Reminiscent of the early animal adventures from studios like Disney, this one doesn’t hold back from tugging the heart strings and expanding the young mind with a sense of epic adventure.

The story involves a man running from his past, John Thornton (a craggy looking Harrison Ford) and a behemoth of a dog, Buck. Set in turn of the century Alaska and based on the Jack London novel of the same name, it takes full advantage of the vast landscapes and the frozen winter.

Buck appears to be made up entirely of zeros and ones and at first it feels a little odd but you soon become accustomed to his appearance and then enjoy the moments of his almost human looking emotions. The other computer generated animals come across a bit more realistic but are given much less screen time and fewer emotions to convey.

Simple in plot and engaging on an emotional level, it reminds one of how easy it was to get lost in the wonders of the cinema as a youth. Almost fifty percent of the audience at the screening were very young and they remained transfixed the entire running time. More that mere nostalgia, it strikes something universal.
Rob Hudson
www.facebook.com/foxmoviesaus