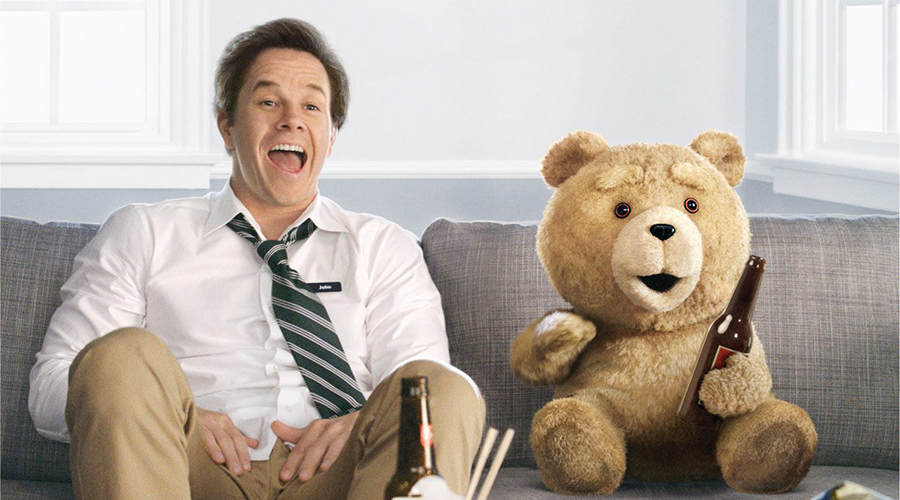 With Ted, Family Guy creator Seth MacFarlane steps outside the painted cell with hilarious results. Those familiar with the Griffin household will get their fix of outrageous and genre-stretching comedy but there is also a surprisingly warm touch that adds a lot to the proceedings.

The surprises continue with the acting with Mark Wahlberg proving himself particularly adept at this style of raunchy comedy and his rapid-fire white-trash name recital is one of the film’s most laugh out loud moments. Ted, the CGI created teddy bear voiced by MacFarlane himself also defies simple categorization by being both offensive and inviting at the same time.

Elsewhere taste is stretched to the absolute limit and this nothing off limits approach is refreshing in its disregard to political correctness. Those with knowledge of MacFarlane’s television work will have an idea of what’s coming but even that collective work is only the starting point for Ted.

Ted is clever, funny, stupid, offensive (especially if you’re Susan Boyle) and will make you laugh weather you like it or not.