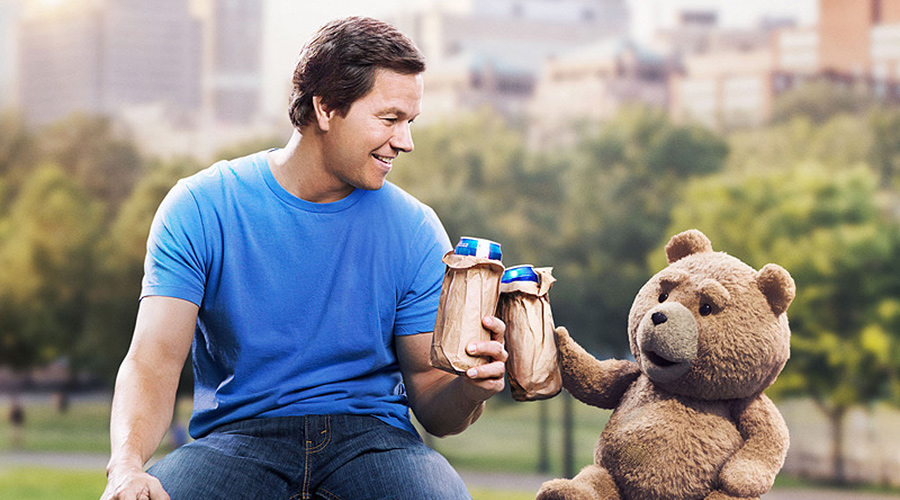 With Ted 2, director/writer Seth MacFarlane gets in touch with his inner Busby Berkeley and takes the film down a rather unusual path for a modern shock comedy. Yes it has plenty of shocking moments (shockingly funny as well) but then it surprises you with instances of old school filmmaking like a big and extravagant dance number or an intimate crooner session by a crackling campfire.

The storyline this time is about Ted having to go to court to defend his right to be recognized as a person (in legal terms) and it’s the weakest element of the film but then you laugh so hard throughout, it seems a minor complaint. Most of the original cast have also returned except Mila Kunis and her absence becomes part of the storyline.

MacFarlane loves to get away with incendiary social commentary disguised as comedy and his pushes the envelope as far as he thinks he can. His efforts illustrate just how much this current PC attitude limits what is acceptable as comedy and it’s refreshing to see someone still tilting at windmills.

Concerns about the quality of the screenplay or even the chemistry between some of the leads will pale in regards to your enjoyment of Ted 2 as it is very funny and will succeed in making you laugh. Regardless of how immune you think you are at being shocked during viewings of modern comedies, Ted 2 will still get through.