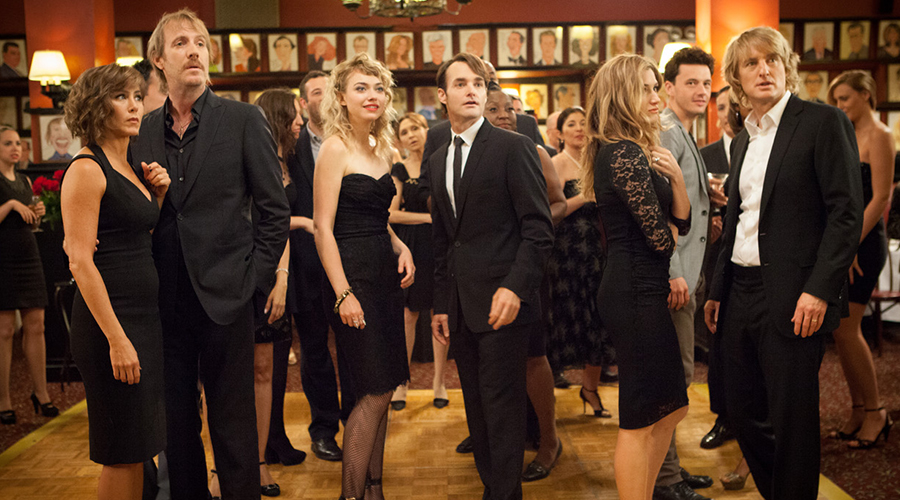 Peter Bogdanovich’s latest film is a deliciously adult blend of witty dialogue and improbable scenarios. It features a powerful ensemble that gets to inhabit characters that begin in different worlds only to cross paths as the story evolves. It revolves around call girls, Hollywood entitlement and obsession with a few shots at psychiatry throw in for good measure.

It casts some big names in familiar roles such as Owen Wilson as the goofy good guy, Rhys Ifans as the tinsel town lothario and Debi Mazar as a powerful lady behind the scenes. It also successfully casts some against type such as Jennifer Aniston who is great as the crazy shrink and Cybill Shepherd who is very convincing as a frumpy housewife.

The snappy repartee brings to mind the feel of a Woody Allen film but without the baggage. The cinematography and set design make sure the viewer is caught up in a world of cosmopolitan locations and lives of privilege but is anchored by scenes of the real world (in this case the humble beginnings of lead character Isabella Patterson played by Imogen Poots).

The film pays dividends to those with a knowledge and love of the cinema booth past and present with a number of insider jokes and one fantastic surprise cameo. With so few films made these days for the more experienced cinephile, She’s Funny That Way is definitely one not to miss.