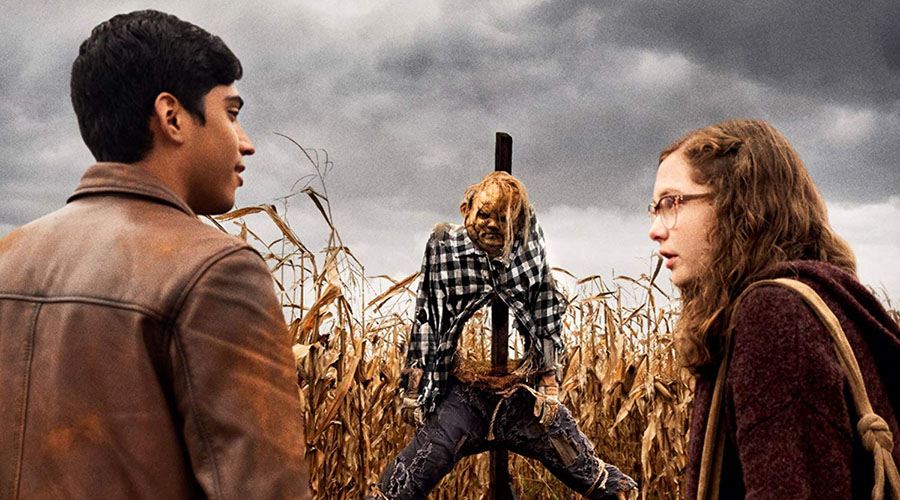 Scary Stories to Tell in the Dark Movie Review

Set against the backdrop of a real horror show, the 1968 Presidential Election of Richard Nixon, Scary Stories to Tell in the Dark uses events of the time to punch up the storyline. Add in the influence of producer Guillermo del Toro and you have a film that tries to be more than just your stock standard horror yarn.

Based on the three book collection of short stories of the same name, the collection was considered controversial at the time (the nineties) due to their violence and macabre topics. The film tries to shock and disgust its audience and with some modern film techniques it delivers quite a few scary moments.

Set in small town America on Halloween, its young cast have the usual obstacles to overcome on the road to adulthood. There is the usual town bully, who meets a suitably gruesome end, the nerdy dude, the jokester and what in the late sixties would have been a cutting edge goth. Add in a town drifter and you have a rather predictable cast.

The original creation of the evil presence that haunts the town’s people has ecological overtones and touches on elements of familial abuse. This underlines what turns into an effective story with some decent scares and a little more depth that usual for films of this ilk.