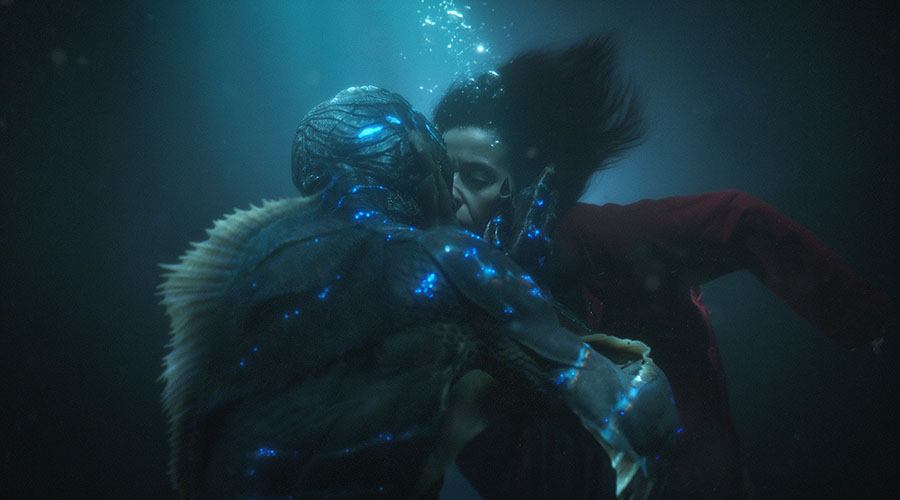 The Shape Of Water Movie Review

Few cinema experiences are more intoxicating than getting lost in the world of Guillermo del Toro. The more control he has over a project, the more exotic they become and with The Shape Of Water, del Toro was the writer (along with Vanessa Taylor), producer and director. His vision is seen in full abundance.

The film is set in the early sixties during the days of the Cold War and the look and feel of the sets and costume design envelopes the viewer in a not so distant past that now feels ages ago. The casting is exemplary and Michael Shannon as the creepy government man and Sally Hawkins as the heroine of the piece give very affecting performances. Hawkins sets a high water mark in a rich career as Elisa Esposito, a cleaning lady that has been left mute by a childhood trauma. Her ability to say so much without words is spellbinding.

The story involves a shadow arm of the government that runs a laboratory in Baltimore on the East Coast of America. There they are studying an amphibious creature that was found in the jungles of South America.The casual cruelty shown to the creature by the G Men is in stark contrast to the love and caring shown by Hawkins’ character.

The film has a fantastic look and a very touching heart at its core. The faces of good and evil are very distinctly written and while this obviousness in most director’s hand would lead to a bland end result, del Toro has such a well developed visual and dramatic sense, it remains engaging throughout.