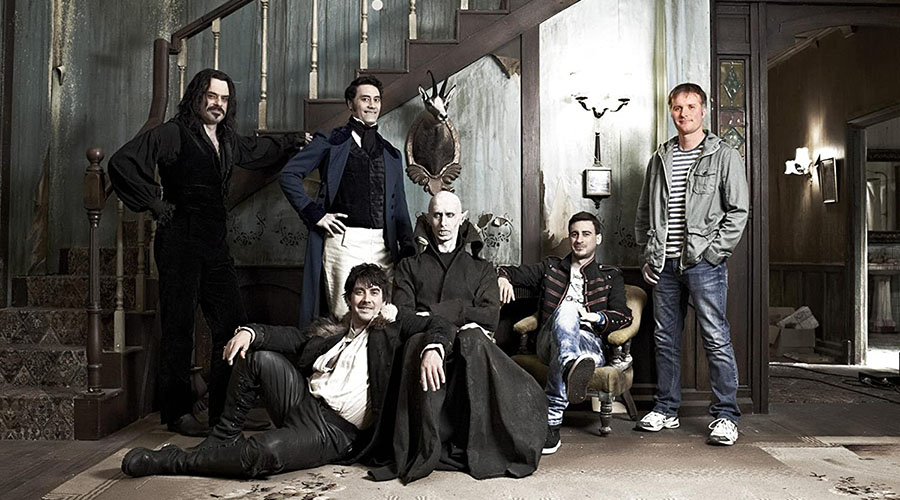 Retro Movie Review – What We Do In The Shadows

Oh to live the life of a suburban vampire. What We Do in the Shadows is a great example of a film that features clever ideas, a budget that forces the filmmaker to work more on characterization and be less reliant on special effects and relies on just about perfect casting.

Flight Of The Concords alumni Jemaine Clement as the vampire Vladislav and Rhys Darby as the werewolf Anton deliver their usual understated take on comedy, as does the rest of the cast. This is a film that is constantly amusing but not necessarily laugh out loud funny at all times. It does however have a few big laugh moments and this nightâ€™s audience was demonstrative in their approval.

There are so many everyday life activities that the undead would experience if they lived normal lives in suburbia and this film covers an amusing number of those topics. This includes the police dropping in for a visit, going out for a drink (of the non-blood type) and walking down dark roads where you are the hunter not necessarily the hunter.

With vampires of all types still being such a commercial commodity, it was almost inevitable that someone would come up with an idea of this sort. Itâ€™s a testament to the writers, actors and director that they have succeeded so admirable in adding something worthwhile to this already crowded genre.