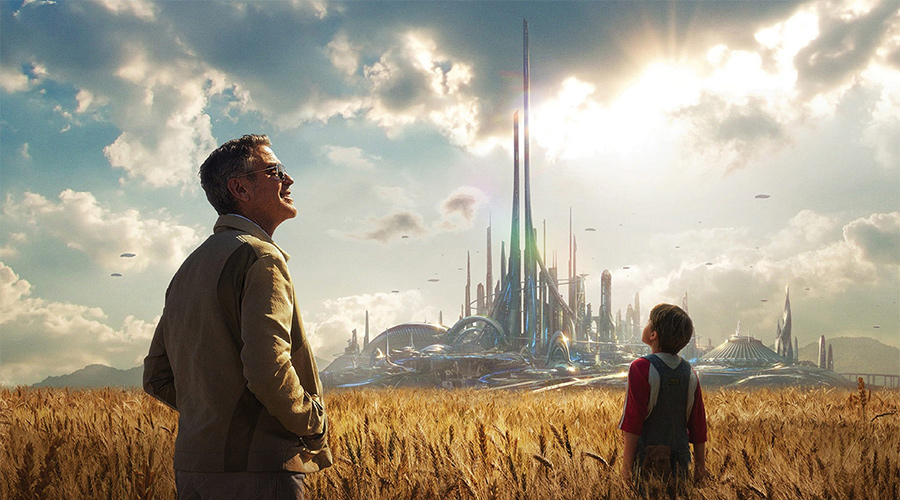 Tomorrowland is a whirlwind of a movie. It’s energetic, imaginative and sometimes incoherent. It also has a positivity that is sadly missing in almost every current major release. That it works an underlining serious message of the dangers of global warming and using the planet for only commercial gains is also to its benefit.

The story revolves around a parallel universe that is not unlike the hidden world in Ayn Rand’s opus Atlas Shrugged (minus the extreme narcissism). It’s a land where science is let loose to the benefit of mankind. This gives the filmmakers a platform for some very cool wishful technology and also features a lot of fantastic set design artwork.

With a list of participants that includes director Brad Bird (The Incredibles and The Iron Giant), George Clooney and Hugh Laurie, it’s a top tier experience. The screenplay doesn’t always make literal sense but it’s never less than entertaining. The tie in with the Disneyland areas of the same name however is spurious at best.

The only real concern with a recommendation for the full family to visit the cinema to catch Disney’s latest is that the intensity and violence of some of the action sequences might be a bit much for the very young. For everyone else, it’s a film that works quite successfully on a number of different levels.