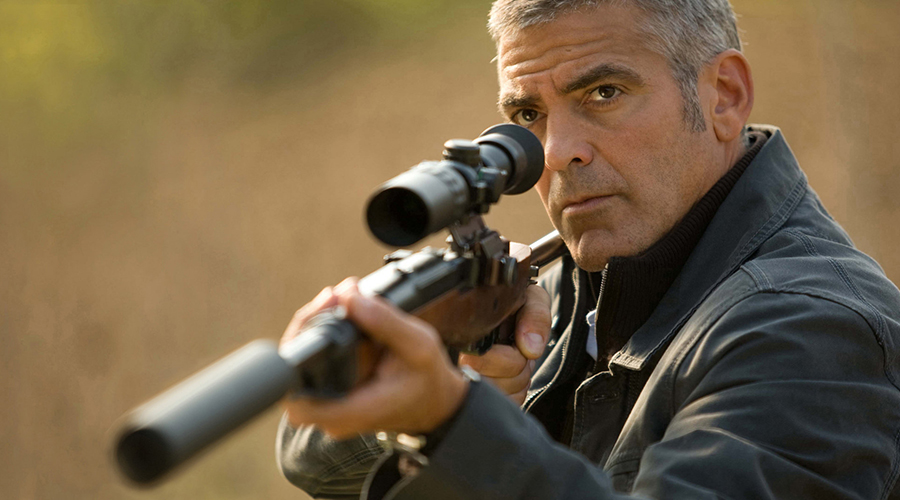 The American is a film filled with wonderful contrasts. It’s a warm and beautiful looking film about a cold and distant man. It’s a very European film starring one of America’s most popular film exports and it’s a detailed story told with very few words.

The story revolves around a hit man played with icy cool by George Clooney who is on the lame after the tables have been turned on him and he finds himself an intended target for termination. He hides out in a small Italian town that seems familiar to him and pretends to have a somewhat normal life.

Unfortunately this normalcy is only applicable to someone with no discernable job but lots of money and one whose only real human contact is with a priest with a secret and with a hooker with a heart of gold. The film has a wonderful look provided by cinematographer Martin Ruhe and has very European sensibilities provided by director Anton Corbijn and his all-European cast.

This is not a movie for those whose tastes run to films that provide immediate gratification, as its languid pace and slowly communicated back-story take their time to be told. It’s also Clooney in a role where his inherent charm is tempered by a cold and steely presence. Having said that it also provides a chance to experience a place and lifestyle very unfamiliar to anyone that hasn’t actual spent time in rural Italia.