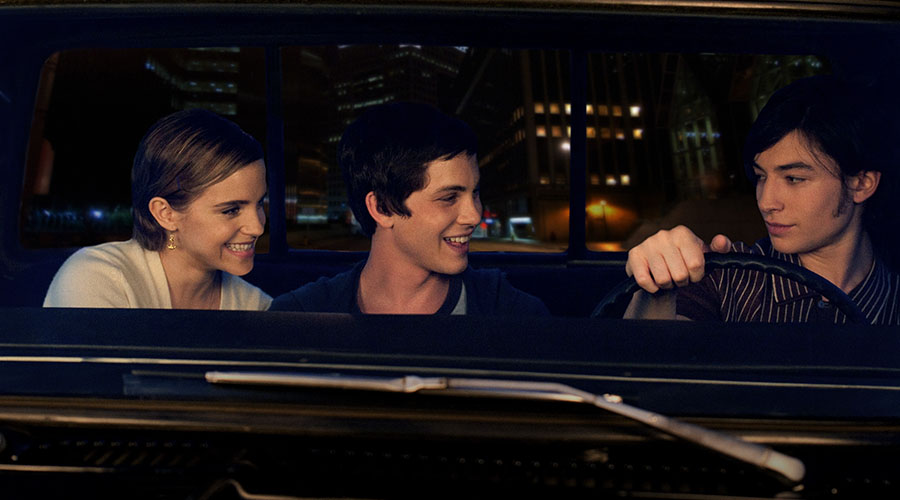 Retro Movie Review – The Perks of Being a Wallflower

For a lively discussion, fill a room with film geeks and ask them which medium the movies represent. Is it a director’s medium, a writer’s medium or perhaps a producer’s medium? The Perks of Being a Wallflower would be a great film to throw out there at times like that as it was written, directed and produced by the same person, Stephen Chbosky. And not only did he write the screenplay he also wrote the book the film is based on.

The film delves into the world of the outsider. Charlie (Logan Lerman) is a shy introvert just starting high school and to say he answers to the beat of a different drum is a bit of an understatement. Lerman plays Charlie as a complex character who seems to be submerging quite a few deep-seated emotions and anxieties. The film is very measured in its efforts to disclose the reasons behind these emotions.

He is soon befriended by a very engaging group of fellow outsiders lead by Patrick (Ezra Miller) and Sam (Emma Watson). This unlikely group bond in many ways and their forming camaraderie underpins the central story. Charlie also experiences the developing emotions of love as he falls for Sam.

With a story like this, it is at times difficult to know how true to character the end results actually are as most less than popular people’s personal experience with the early days of high school were anything but a celebration of being different. The film is also a little unfocused as it crams a lot of sub text in the story without a lot of detail.

Seen as a pleasant coming of age story about an unassuming outsider, the film will win over viewers but the undercurrents that could have made it a more arresting experience are glossed over. It kind of makes you think that it was test marketed and found to be a bit too deep and cut accordingly. That or time constraints were imposed. I guess the medium discussion on this film might end up with the conclusion that it has become the medium of commerce.