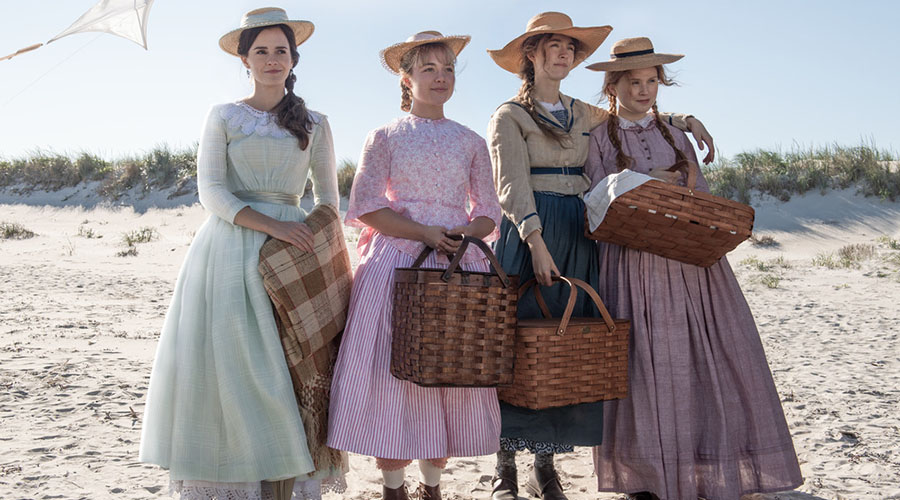 All of the parts are in place for this generation’s version of Little Women. It’s got a talented and very now writer/director in Greta Gerwig (Ladybird) and an it girl in actress Saoirse Ronan as the lead sister Jo March. The rest of the cast includes some heavy hitters such as Meryl Streep, Laura Dean and the in vogue Timothée Chalamet.

Gerwig gives the film a contemporary feel with the liberal use of different timelines, yet offers few visual cues so it necessitates the need of the audience to pay close attention. She also plays on the actors strong points and minimises their lesser strengths. Although allowing Emma Watson’s occasional reversion to her English accent is an odd oversight.

Often considered the American equivalent of what Jane Austin offered the British readers, minus the sharp wit, Little Women highlights the frustrations and limitations that women faced on both sides of the pond. That in the time frame over fifty years after Austin’s stories were based still saw the same restrictions in the New World only spoke to the frustratingly slow progress that women of that period faced.

Life in the eighteen hundreds, especially during the US Civil War was much harsher than this version illustrates but its presentation of female empowerment is a timeless positive. It’s unrealistically idilic ending not withstanding, the ideas in the original book planted the seeds to fight for a more enlightened and necessary mindset. Unfortunately it’s a struggle that still exists today. Meaningful popular culture can shine a light on changes that need to be made and Little Women is illuminating.