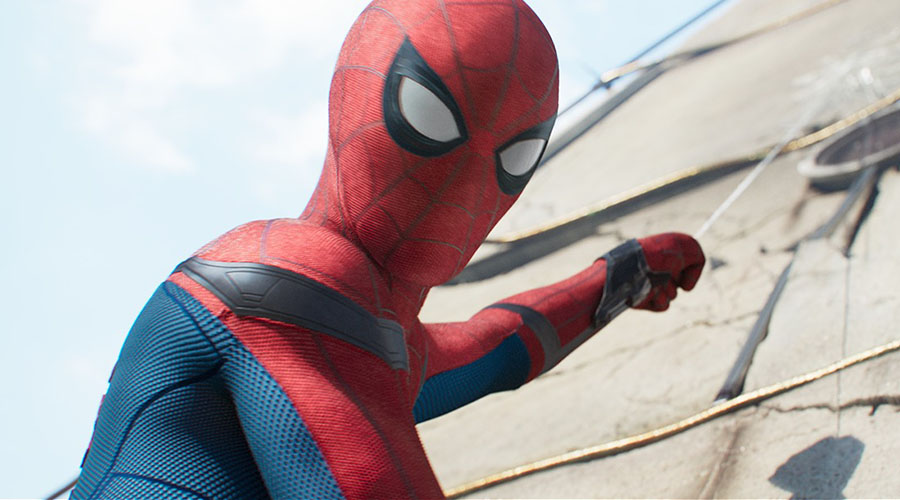 As the Marvel Universe ever expands, it’s becoming often times predictable. Too many chapters of the franchise feel like long ads for new product. It’s always a pleasant surprise when a Marvel film departs from that formula. The first Guardians of the Galaxy and Deadpool spring to mind in that regard.

So with that in mind, it’s great to see Marvel relax the reins on Spider-man: Homecoming a bit and tell a story more character driven than special effects driven. The film’s lighthearted touch with an emphasis on humour makes it much more accessible than some of the recent overly serious Superhero films. It easily lives in the MU while comfortably standing alone. It even features a crazy credit at the very end of the film that sells laughs instead of product.

Peter Parker in comic book form has always been a geeky kid and the new Spidey, Tom Holland gets those nuances just right. He plays awkward as endearing. The story starts right after the Battle of New York and we get an early view of both Spider-man’s progression (further along than the radiated spider bite) and the political machinations that helped to create his new nemesis.

The thoughts of restarting the franchise again are rapidly lost as the charm and humour of this latest edition sweep you away. It gets the balance of action, storyline and character development just right and as such is a blast from beginning to end.