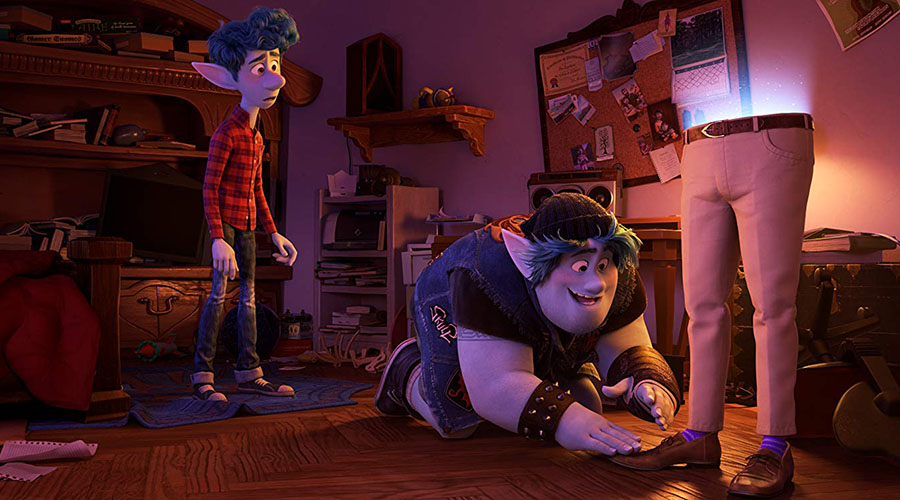 In the over three decades of its existence, Pixar has created some seriously impressive animated films. They have been more consistent with content than almost any other studio in existence and have presented us with a very unique collection of projects. Into this rich assortment of works comes Onward, and even with the companies extreme diversity on display, the new work is an odd one.

The oddities begin with the film’s set up. Elfs are living in a photorealistic world where magic was once common place but has now been relegated to history due to laziness. Into this world we meet the Lightfoot family, Youngest son Ian (Tom Holland) eldest son Barley (Chris Pratt) and mother Laurel (Julia Louis-Dreyfus). Their’s is a broken family due to the early death of the family patriarch Wilden.

The possibility of reuniting with dad through magic sets the two boys on a massive road trip that consumes most of the film’s running time. Ian also comes into his own with emerging magical powers. There are subtle and not so subtle life lessons peppered throughout the adventure and the heart of the film is an affirmative one. The look as always with Pixar is sumptuous and at times spectacular.

With an underlying message that is visited oh so often in a wide plethora of films, it would take something very original to add to the lexicon. There are a number of elements in Onward that are positive additions but taken in its totality, it comes up a bit short. It’s Pixar though and their heritage is still intact as there is enough entertainment value to justify your time and effort to see it.