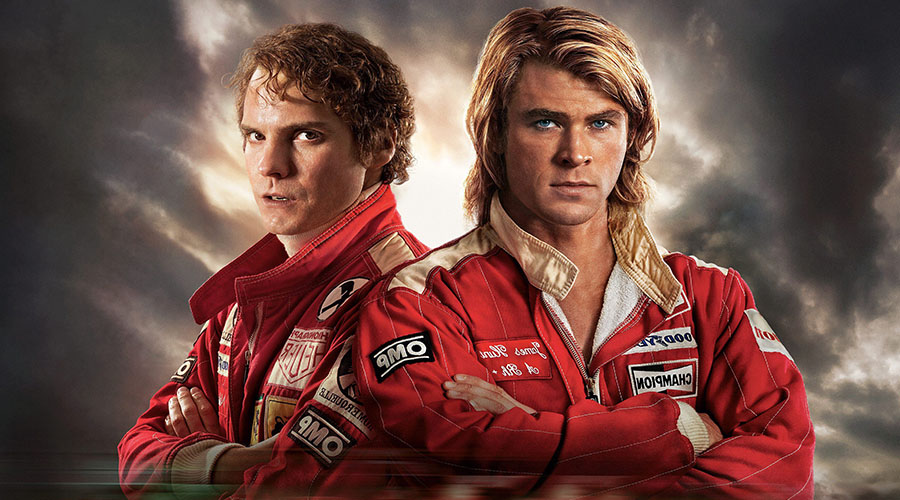 Rush is a rarity among films based on a real sport. It’s gripping, accurately based on a true story and emotionally involving. To know little about the subject matter, Formula 1 racing doesn’t inhibit the enjoyment of this Ron Howard directed film at all.

A little knowledge of that period of Formula 1 does however enhance some of the film’s emotional impact as the sport at that time was incredibly dangerous and killed its drivers with a gruesome regularity. This knowledge puts what is a sporting event into the realm of a real life or death battle.

The film’s main protagonists couldn’t have been any different as well. The British playboy driver James Hunt (played with an impressive verve by Chris Hemsworth) was a live fast and stuff the consequences alpha male type who ran head long into the world of Niki Lauda (Daniel Brühl). Lauda was an exacting Austrian who was precise, organized and made his approach to sport a very calculated one. He also had none of Hunt’s innate charm.

The two locked into a titanic battle for that year’s driver’s championship and in a case of real life being far more unbelievable than anything the Hollywood scribes could make up endured incredible hardships. As a sports film, Rush is top notch but as a study of human nature and our ultimate capabilities, it is almost overwhelming.