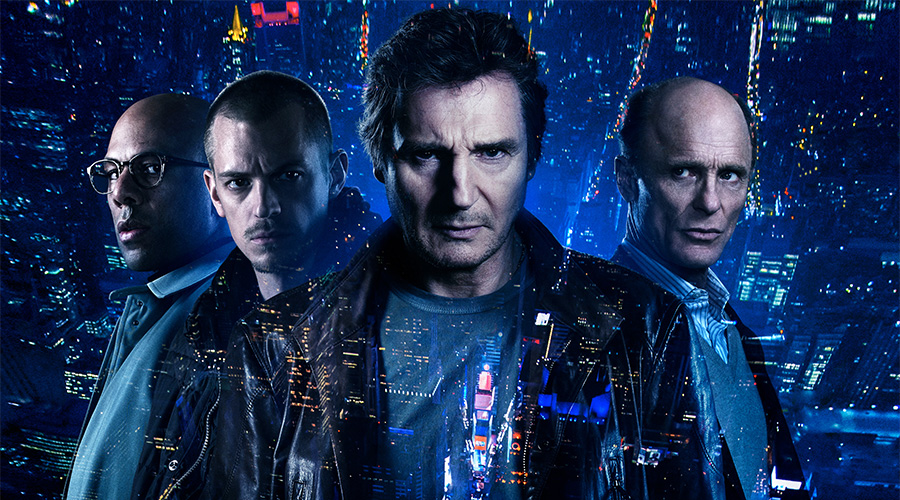 Few viewing Liam Neeson’s performance back in 2003 in Love Actually would have looked into their crystal ball and seen the dependable actor becoming one of industry’s most bankable action stars less than a decade later. Taking the crazy world of Hollywood into account though, stranger things have happened.

The 2008 film Taken recast Neeson as one of the big screen’s true bad asses and reenergized his career. This change was helped by the actor buffing up and having the innate physicality to play those roles with enough authenticity to be featured close up in fight and action scenes. No soft filter or distant set up shots were needed to hide the fact that almost all of the fight scene featured stunt doubles (i.e. Roger Moore in all the Bond films).

This time out, instead of being a shadowy ex-government agent, he’s a conflicted shadowy ex-mob hit man with still strong ties with his former employer. Through circumstance in aid of his own estranged son, he ends up killing the offspring of his former boss and from that moment forward, all hell breaks loose.

The ultimate success of films like this depend on a decent script and efficient acting and in these regards, Run All Night is a winner. The acting is top notch and the thespians chosen for their perspective roles are a great match. Of special note is Ed Harris, whose now craggy face fits the world weary Mob Boss perfectly. Neeson also get the performance nuances just right. This film is violent populist entertainment and is victorious in its mission to thrill and entertain.