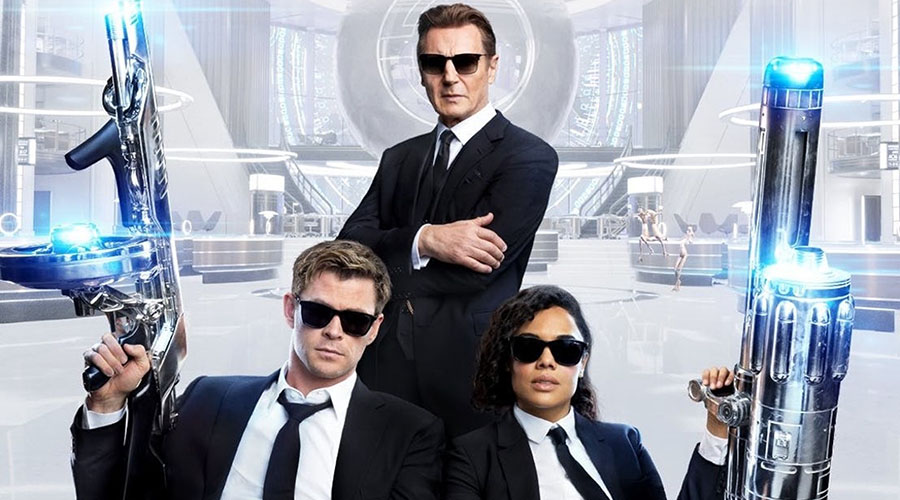 The men and women of the dark suit are back after the franchise ran out of puff back in 2012 and it’s a more than welcome return. For fun and frivolous entertainment, Men in Black: International scores top marks. It also capitalises on the considerable chemistry between Chris Hemsworth and Tessa Thompson, shown to such good effect in Thor: Ragnarok.

Director F. Gary Gray (The Fate of the Furious and Straight Outta Compton) shows that he can still handle a special effects driven project and keep the human elements appealing. Even the CGI characters are giving substantial personalities, especially Kumail Nanjiani as Pawny. He is used to great comic effects.

The storyline is rather simplistic but is given a bit of depth by the origin story of Agent M (Thompson). There are the usual super cool gadgets and weapons and even a new set of wheels that will rival anything that Q can give to Bond. They have wisely included the newsreel footage of aliens masquerading as humans and the new choices are hilarious.

Few films other than the ones from the house of mouse can provide the kind of entertainment that is so well suited to all members of the family. Profanity free and with just the right amount of cheekiness, Men in Black: International should appeal to all.