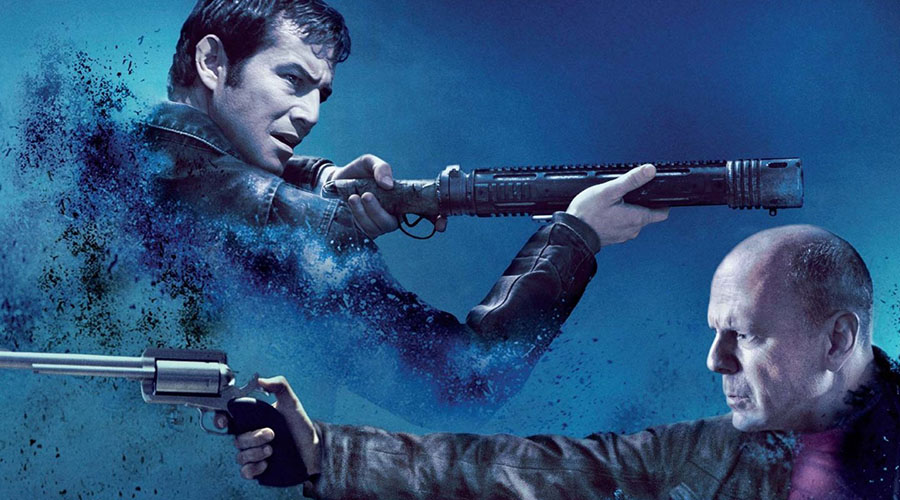 When the underlying theme in a science fiction film is time travel, it opens a real Pandora’s Box of audience expectations. With those questions comes a lot of opportunity for disappointment. The concept is a valid one; the execution is usually very hit or miss.

Looper dives into this environment with a very slick look and some very well known actors (one slightly altered by prostheses). It skirts the line between science fiction and thriller status with a quiet confidence and draws you into more of an examination of the characters lives than a study of the raw science. It has to be said that the technology behind the time travel is hardly mentioned.

It also comments on the emptiness that the day’s technology has created in the lives of the central protagonists. The rock star life style the main character (Joseph Gordon-Levitt as Joe, the time travelling assassin) is contrasted nicely with the way the average citizen lives in this on-screen created future world. It’s believable that the future techno treats will mostly be the fodder of the rich.

The film’s pace via its editing and non-linear story line demands a bit from the audience and this is a good thing. The world of cinema hardly needs another brain dead science fiction romp. By film’s ends, in line with quality genre standards, you have been entertained but also left with a number of questions about the kind of future world that awaits us.