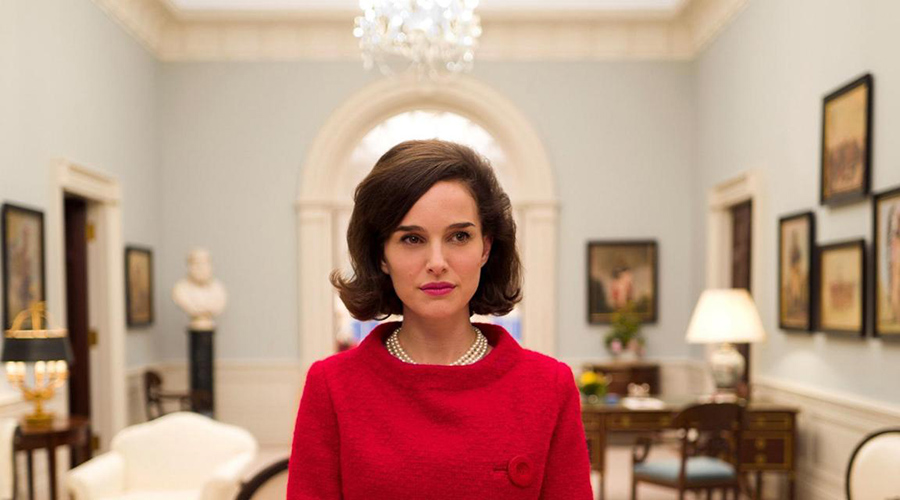 First it must be stated that Jackie focuses on one specific moment of time in the life of one of the world’s most famous women. An overview of her extraordinary life, this is not. Jacqueline Kennedy Onassis lived a life divided into parts that were very dissimilar from each other. From a privileged upbringing to being the First Lady of the United States to being the wife of Aristotle Onassis, a Greek shipping billionaire. Her life was one of massive change.

She married into one of America’s most infamous and wealthy political families at only 24 years old and seemed to dissolve herself into their clan. Her husband John F. Kennedy was a man used to getting his own way and the outward appearance was that she capitulated to most of his whims. There was a strength there however that she possessed that wasn’t always apparent in the sexist media coverage of the times.

That her life blossomed in the years after the assassination of Kennedy in 1963 shows the resolve she had that wasn’t always apparent in those times. Jackie the movie focuses on the early period of time when she was First Lady and then the tragic events in Texas and their aftermath. There are some extremely shocking scenes that will more than impact the viewer’s cinema experience and the film is an intense study of grief.

The film presents such a specific period of her life that it falls somewhat short in presenting the remarkable woman that she actually was. Natalie Portman is fantastic in her portrayal but is given a disappointedly lean take on the subject matter. To give such an interesting life, a window of only 100 minutes of screen time seems a disservice.