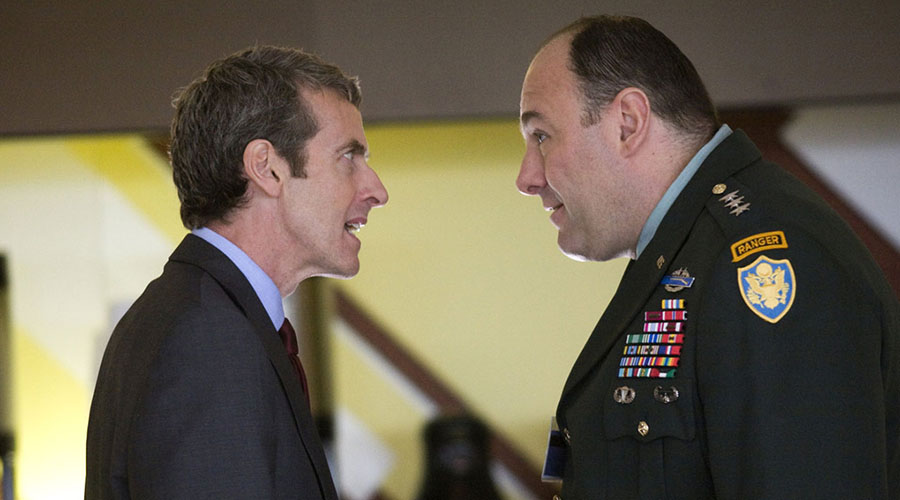 Retro Movie Review – In The Loop

In The Loop is sharp, witty and unmistakably British. It gives a fictitious account of the political maneuverings behind the British government’s backing of the play to give the American Government the false data needed to help with their invasion plans of Iraq. Director Armando Iannucci spins the film off from his BBC television series, The Thick of It and gets to take things to the extreme like only films on the big screen allow.

The film is predominantly dialogue based and a lot of the humour is quite quick so attention must be paid but it’s a hilarious world to enter. A place where everyone has their own agenda and is not afraid to do what ever they can to make things happen. Morality and virtue definitely take a backseat to self-serving and narcissistic behaviour.

The television show’s documentary style and handheld camera look is mostly kept intact as are the chances for the actors to deliver some great lines. Every actor gets his or her time in the spotlight but a few players really stand out. Scottish born actor Peter Capaldi is both incredibly profane and funny with a foul mouth and vivid imagination for the use of various farm animals. While Tom Hollander is flawlessly cast and his deer caught in the headlamps persona is perfect for a politician with limited intelligence and scope.

Even though the characters in this film live in a completely fictional world, it’s scary when you realize that this outrageous slice of political pie is probably not that far from the truth.