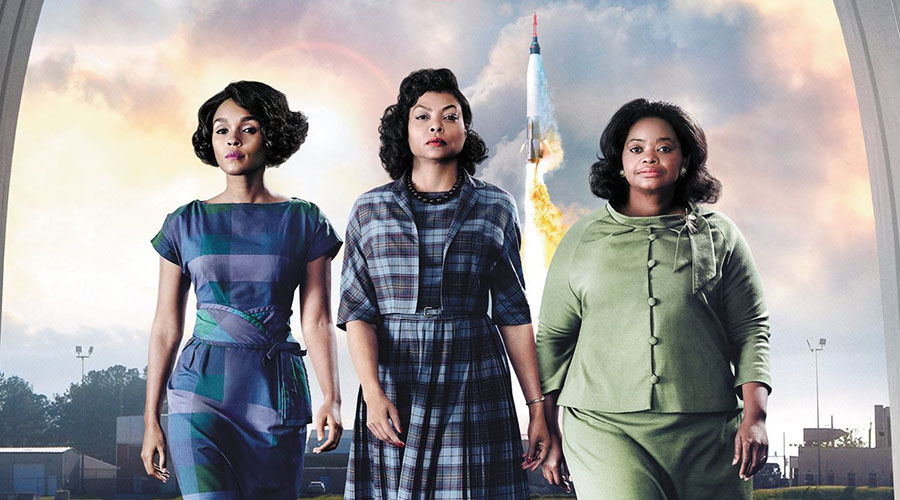 America needs inspiration now more than ever, so it’s easy to see why a film like Hidden Figures would be popular at the box office. It’s one of those true feel good films and it does an admirable job of building to its happy conclusion after subjecting the audience to the frustrations and absurdity of racism as it existed in sixties America.

The story revolves around the space race of the mid-sixties and the contribution of three extraordinary female African Americans. Taraji P. Henson, Octavia Spencer and Janelle Monáe are outstanding as the three leads and their intelligence and humour illuminates every scene they are in. Their quiet (and sometimes not so quiet) dignity show a resolve few posses.

The Space Race as it was called back then really was a race as the threat of communism and the fact the Russians had the early lead led to America green lighting an unheard of amount of money to something so esoteric. Many scientific advancements, ones with real commercial value came of the period, but back then it was more an ideal of pure politics. Regardless of the true government intension, the blend of science and human endeavour really did lift the masses.

Many people question the on going exploration of space and see the missions that led up to men landing on the moon as some quaint historical artefact but if there has been a time where mental motivation is needed, it is now. This period in history highlights how a government reaching for the stars can lift the aspirations of its people. Hard to see anything this inspirational coming out of Trump America in the next four years.