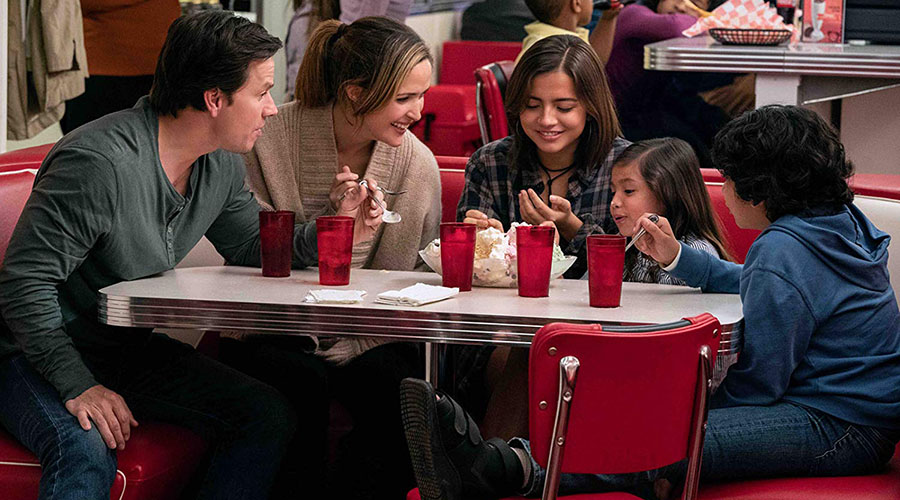 In a case of the message going down easier using sugar instead of salt, Instant Family delivers thought provoking ideals amidst the laughs. In what could have become just another predictable genre picture, this one has a surprisingly warm heart.

Pete (Mark Wahlberg) and Ellie (Rose Byrne) are a married couple that are unable to conceive and decide to go down the adoption road. During this journey they come in contact with the oddest of odd couple adoption agents Karen (Octavia Spencer) and Sharon (Tig Notaro). The two agent’s yin and yang together is hilarious.

They end up adopting three children (from the same dysfunctional family) that range in age from very young to the teen years. This age gap yields most of the laughs but also makes most of the film’s social points. The comments it makes about what the adoption industry actually is are revealing.

In large parts very funny, the film touches upon a number of universal truths but delivers them in such a way that it never becomes preachy. With a well paced and intelligently written script. Instant family is a heartfelt comedy that makes you think as much as you laugh.