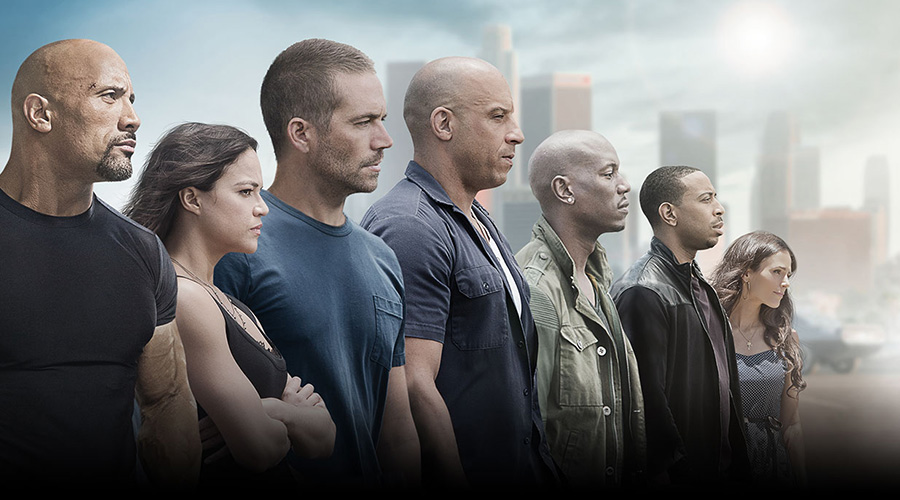 Few films in cinema today pack a bigger bang for the buck than the Fast & Furious series. And with the special effects driven approach on hiatus with the Bond franchise while it pursues a more character driven agenda, you need look no further than Vin and company for the most over the top stunts coming out of tinsel town. But as joyously exuberant as most moments of F&F7 are, they are also tinged with sadness.

Actor Paul Walker’s passing back in the 2013 was a very sad moment and happened midway through the filming of F&F 7. It caused a number of delays while they rewrote the script. Walker was a very well established journeyman actor and was well liked by all who knew him. This plays out sombrely in the latest film as the series has always focused on a group dynamic and championed the virtues of being part of an extended family.

The filmmakers have done a good job of staying true to Walker’s established character in the series and have successfully integrated the existing footage of Walker into the new story lines. There are only a few instances during scenes of hand-to-hand combat where it becomes somewhat obvious that there is a stand-in double being utilized.

The story line this time out follows the set up from the final scenes of the previous edition in the series, where the brother of the big bad that the group has just dispensed seeks revenge. This new character is played by action star Jason Statham and he looks to be a more permanent addition to the cast. Statham continues his few words but big fists approach with effectiveness.

Even with the solemn vibe present, the latest Fast & Furious is still a joyous thing to behold as all the cast and crew gleefully disregard the laws of physics and common sense, as they pull no punches in creating one of the most extreme automotive action films ever made. It goes way beyond the suspension of disbelief mode and enters the pure fun zone with a dedication that is an absolute thrill to behold.