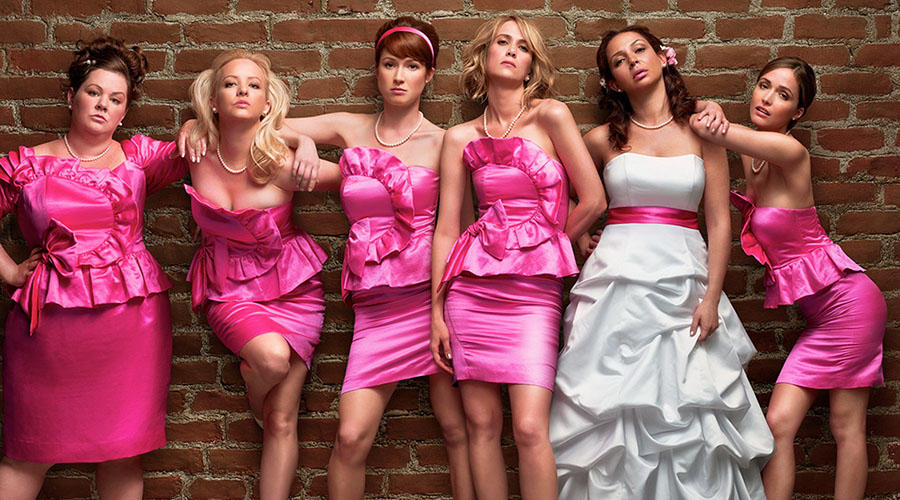 The premise is rather simple, make the kind of road movie that stars a pack of randy blokes getting into all kinds of mischief but this time have all the main characters be women instead of men. What looks simple on paper becomes more complex when you try to shoehorn female dynamics into a mold made for males.

Directed by TV actor/director Paul Feig and produced in part by Judd Apatow, Bridesmaids tries to deliver a raucous ride and succeeds for the most part. The cast is excellent and building a film around Kristen Wiig (who is also one of the film’s writers) is never a bad thing as she is a comic heavyweight, it’s just that it’s not always believable seeing women act as stupid and self-involved as men.

This out of character activity leads to some very funny moments but a lot of the bawdy behaviour feels forced and rather slapstick. Building the action around the upcoming nuptials also sends the film down a well-worn path and some of the gags feel quite recycled but then what modern road movie doesn’t elicit a number of those same responses?

In answer to a segment of the market that is virtually ignored or given very sub-standard product (the abomination that was Sex and The City 2 anyone?) Bridesmaids should be applauded and its better than expected gate receipts show that there is an audience out there. Even if the film isn’t as good as it should or could be, it might still mark the start of something good.