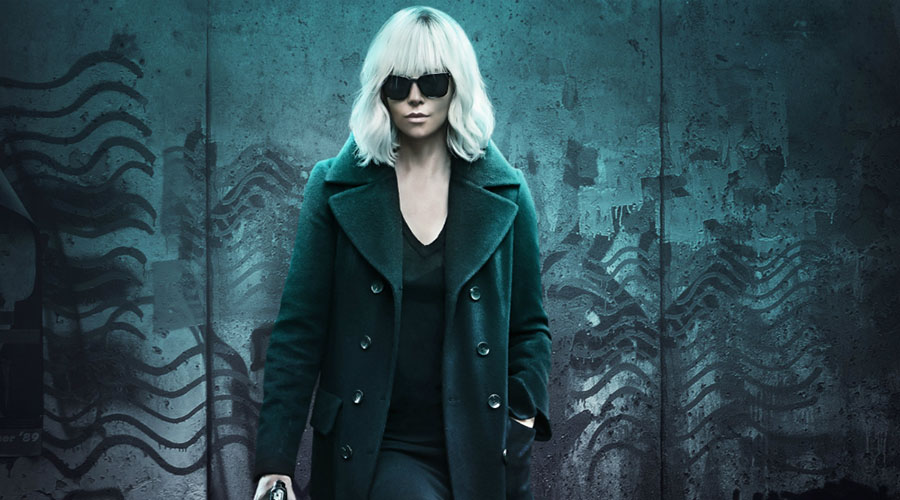 After the global success of Wonder Woman, does anyone need more proof that women can kick butt on screen as well as in the box office? Atomic Blonde proves that lady spies can be every bit as powerful as lady superheroes. Charlize Theron is ice cool in the title role and she features in some of the most visceral fight scenes seen on screen in a long long time. Her LB (Lorraine Broughton) can match wits and fists with those other two JBs any time.

The story revolves around actions set in Berlin during the last dying days of the communist separation of that city. An end that came to fruition in 1989. As is evident in all good period pieces, the fashions and social values of the day are also the stars. The film pulsates with a great eighties soundtrack that adds even more to the feel of the decade the film is set in.

Theron as said super spy is impossibly skilled at her job and she plays it as badass as any male actor could. It becomes less about gender and more about the power of her intent and intellect. James McAvoy, impressive as aways plays a super sleazy fellow agent and the two provide a fair amount of sparks on screen.

As with all good spy yarns, there are double crosses and triple crosses and you don’t know it’s over till it’s over. And then when you think you’ve finally figured it all out, they throw that final surprise at you. It’s a roller coaster ride.