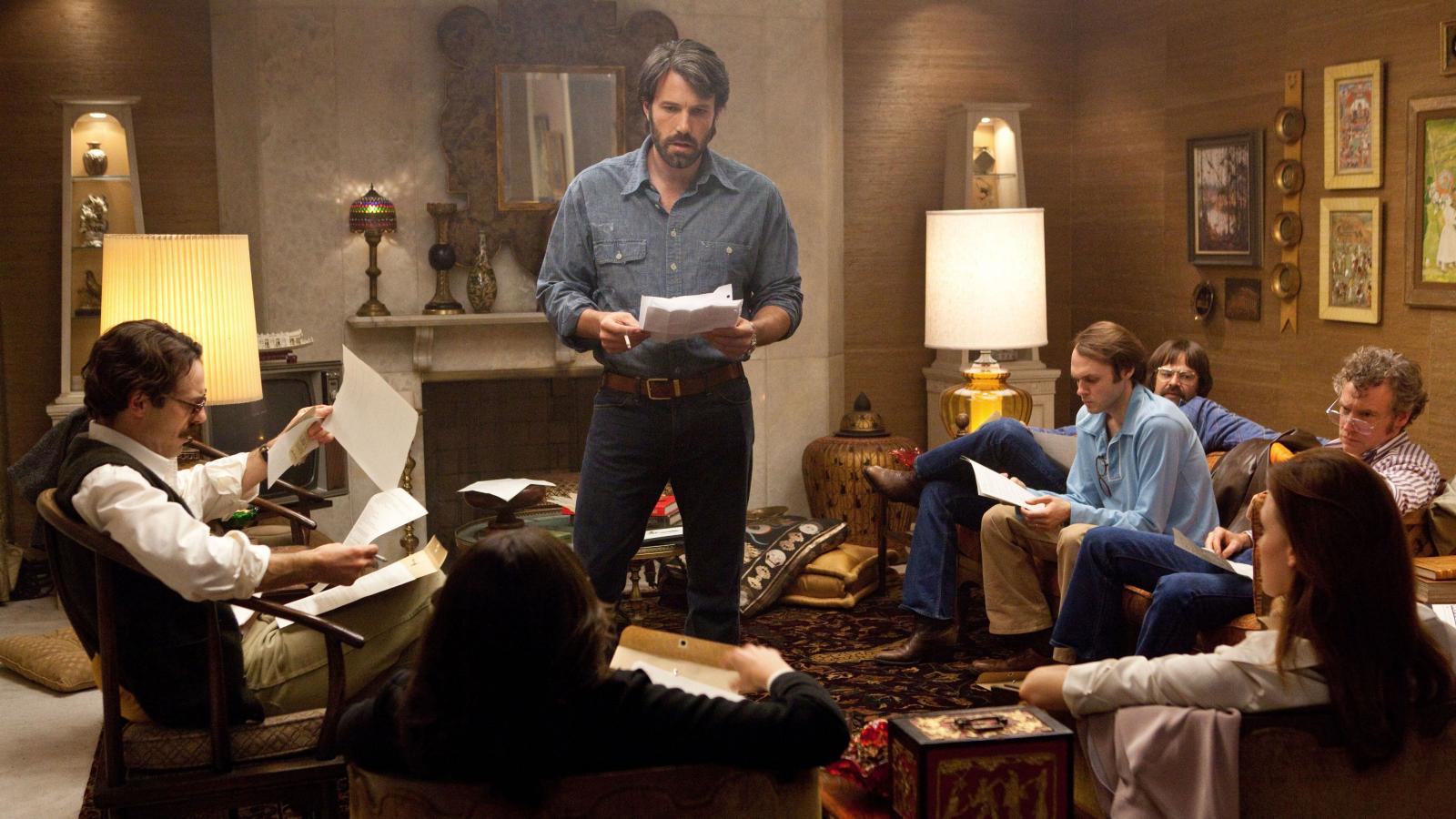 Argo is a taunt and well-scripted thriller made even more appealing by virtue of it being based on a true story that was finally declassified almost two decades after it actually happened. Director Ben Affleck has once again proven to be a real asset behind the camera as this film is easily the equal of his last directorial effort, The Town. The acting is also very effective as are the fashions and facial hair in setting the seventies tone.

The story revolves around the efforts of a CIA operative Tony Mendez (Affleck) who concocts and implements a fantastical plan to help six American diplomats escape from Tehran during the Iran hostage crisis in 1979. The plan to have them escape by posing as members of a film crew making a science fiction film called Argo sounds like a plan that only Hollywood types could come up with and that is partially true.

Two real tinsel town insiders’ help with the plan and the two played by John Goodman and Alan Arkin give the film some of its funniest moments as well as a great catch line, which can’t be repeated here. The views from inside the machinations of the US government also add to the heightened sense of both intrigue and tension.

The film plays fast as loose with a lot of the actual facts of the story but this is a small complaint as the end results will leave you with sweaty palms and rapid breathing during the final moments of the escape. With the years ticking by and more and more amazing real life tales becoming a matter of public record, here’s to hoping that if they make movie versions of those real life tales, they are done as well and engaging as this one.