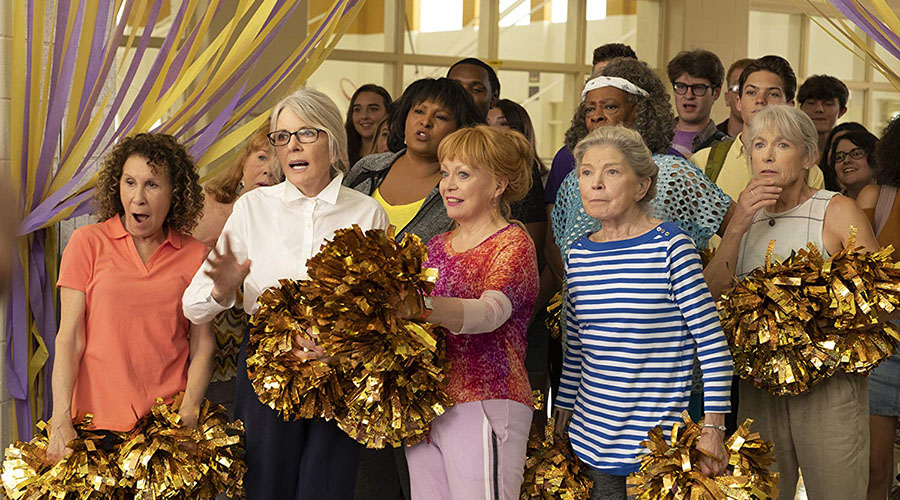 Diane Keaton returns to her comic roots in this bittersweet comedy by documentary film maker Zara Hayes. She is joined by a strong cast that includes Pam Grier, Rhea Perlman and the film’s MVP Jacki Weaver.

Keaton plays Martha, an elderly woman who leaves her life long New York apartment to move into a retirement community in Arizona. All she wants to do is be left alone but that never happens, thanks to her vivacious next door neighbour Sheryl, played by the delightful Jacki Weaver.

Weaver is fantastic as the forever young woman next door who just wont take no for an answer. Martha missed her chance to become a cheerleader in her youth by having to take care of her drying mother and soon recruits Sheryl and a crazy mix of fellow retirees to become a cheerleading squad.

The film has a big heart and even though a lot of the jokes are predictable, this does little to diminish the joy inherent in the story. It’s sad ending features a redemptive close that makes the point of living every day to its fullest while giving its audience something to smile about.