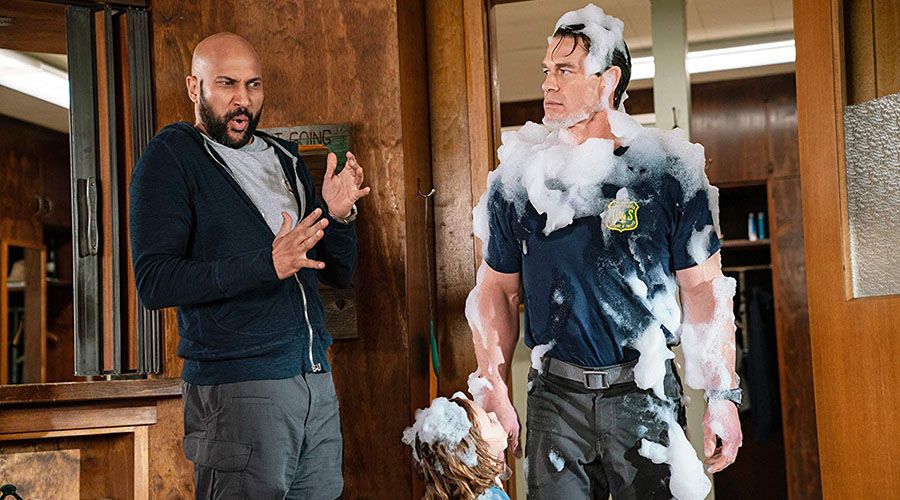 If there was ever proof that John Cena perhaps took too many chair shots to the head during his professional wrestling career, Playing with Fire gives ample evidence. No one with all their facilities intact would have signed off on this misfiring movie.

The premise of an uptight workaholic, in this case, fire station leader Jake Carson (John Cena) being stuck with a trio of misfit children has worked in the past. The missing element here is a solid script with strong characters. The jokes, when they do arrive are just not funny enough to carry the film.

There are some gross out moments that elicit a rumbling of laughs from the audience, but those moments are few and far between. Few comedies in recent memory have been so bereft of frequent laughter. It does however feature a few charming moments between the adult and child actors.

Maybe it was a rushed production schedule or a clash of egos, someone along the line should have put forth a dissenting voice and worked harder on the end results. As it is, if Cena is counting on Playing with Fire being a break out role, he shouldn’t quit his day job anytime soon.
Rob Hudson
www.facebook.com/ParamountPicturesAU