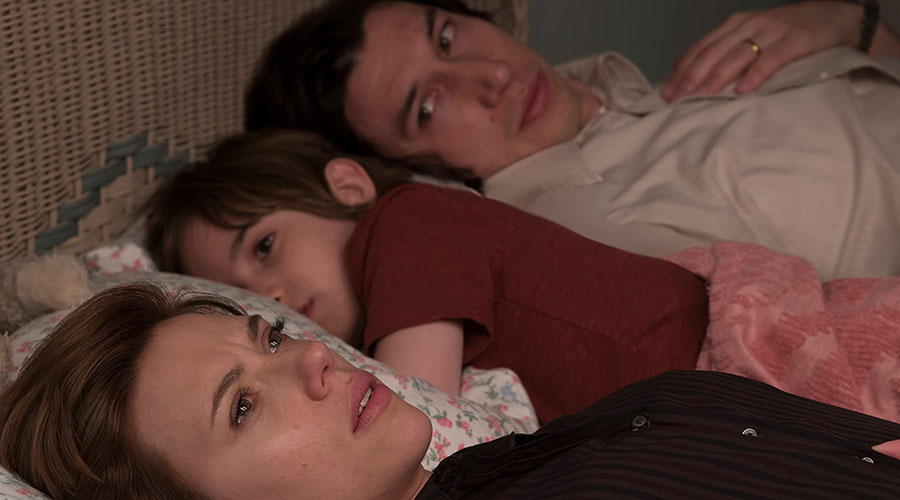 Presenting a roller coaster ride of emotions, writer and director Noah Baumbach’s Marriage Story will most definitely get under your skin. He lays out a canvas for a large ensemble of fine actors to do some of their best work and at no time does he spare the audience from the raw emotion created.

Opening with the high of a verbal reading of lists of each other’s best attributes, the film then rips that bandaid of contentment off with the very next scene. Set in a marriage consoler’s office, Nicole (Scarlett Johansson) can barely hide her contempt for husband Charlie (Adam Driver). Theirs is a love that has become venomous.

Not taking editorial sides until film’s end, both parts of this union have validity in their opinions. What was once a unified direction has been whittled down to the essence of separation. They both love their son Henry (Azhy Robertson) and he has provided some of the glue that has kept them together this long.

As the story progresses, their struggles pull you in with an alarming ability to elicit real emotions within yourself. Almost all relationships go through phases where the wishes and desires of one run counter to the other. Most of the time Nicole and Charlie are civil on the outside and seething on the inside and one can’t help but feel this is reflected in situations we have all experienced in our own lives.

Marriage Story is screening exclusively at Dendy Cinemas – for more information and to book tickets head to www.dendy.com.au