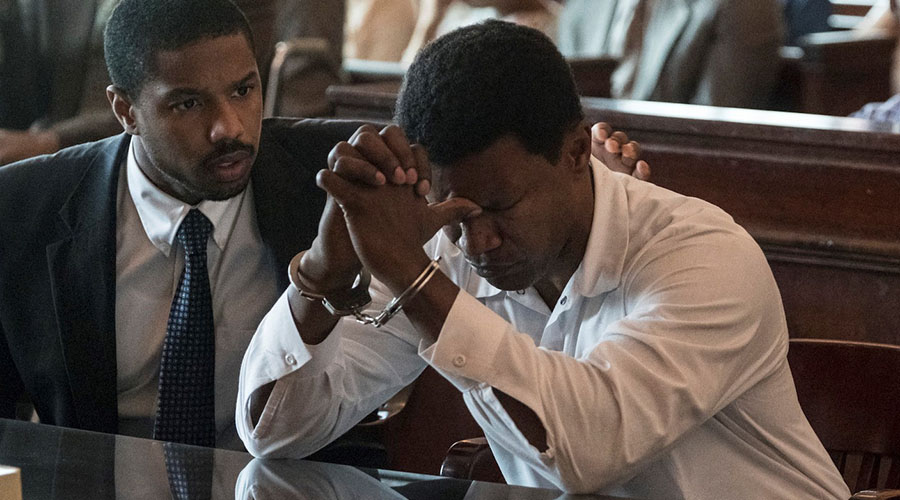 Both heartbreaking and enraging in equal measure, Just Mercy with fill you with a sense of righteous indignation. This true story is set in the US southern state of Alabama, a state never known for its liberal politics and it speaks to a severe miscarriage of justice. An innocent black man, Walter McMillian (Jamie Foxx) is falsely convicted and sentenced to life in prison by the racist leaning local authorities. A judge later imposes the death penalty and McMillian was incarcerated for six years on death row.

It’s interesting to note that the main impact of the film comes more from the story than from the actor’s overwrought emotions. Michael B. Jordan as civil rights lawyer Bryan Stevenson and Foxx play their characters with a believable sense of restraint. Lawyers, especially, are taught to keep their emotions in check and Jordan resists the chance to show off acting chops to the detriment of the realism that is at play.

Some will feel that more thespian intention was warranted to fully engage the audience but then it would leave the realm of believable and dive headlong into conventional fiction overload. There is more than enough emotion in this overview of the woeful breakdown in the American judicial system this case represents. It also highlights the USA’s backwards and barbaric use of capital punishment, long after it’s been proven to not deter capital offences.

After enduring setback after setback, the film’s conclusion does provide some degree of redemption. Those that know history and stay for the interludes during the final credits however will be reminded that things change very slowly in certain parts of America (and the world at large). Reading the history of the actual case will also fill you with amazement of the egregious misuse of power and the outrageous disregard for legal protections.