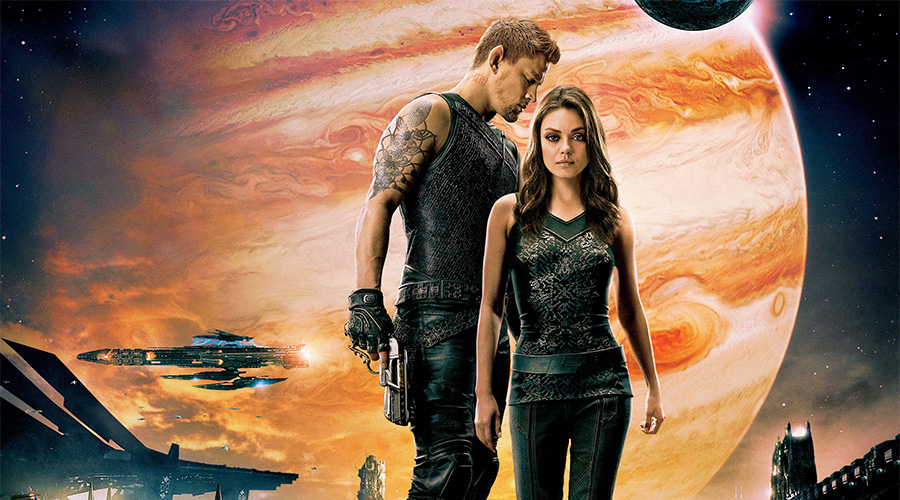 The Wachowski brothers latest, Jupiter Ascending is one hot mess of a film.

The fact they never really transcend the uneasy combination of science fiction and fantasy shouldn’t deter any serious Matrix fan from giving this opus a go. Add the now almost obligatory 3D glasses and the biggest container of popcorn you can carry and you have one very current big bang cinema experience on your hands.

But this recommendation comes with a few conditions. First, if you suffer from vertigo, forget about it, as the relentless 3D action and change of perspective will have you using that giant container of popcorn for other things. Also the action is so dense with visual detail, if takes a bit of Where’s Waldo game to keep up with the action. You will also need all your powers of suspension of disbelief to make it through.

The film, when stationary is absolutely stunning as the set and costume design is sublime. The cast tries its best with what they are given but as the clichés pile up you tend to disengage and just look at the pretty colours. Even Eddie Redmayne as the big bad, Balem Abrasax is hard to see as the same actor who gave such a stunning performance as Stephen Hawking in The Theory of Everything. Here’s hoping his participation in this project doesn’t scupper his Oscar chances.

As far as current big box office films go, few try as hard as Jupiter Ascending. It is packed with so many ideas (both visually and thematically) it comes very close to overload. The effect of all this effort wears you down by the conclusion of its 127-minute running time, but don’t forget you will need all that time to devour that much popcorn.