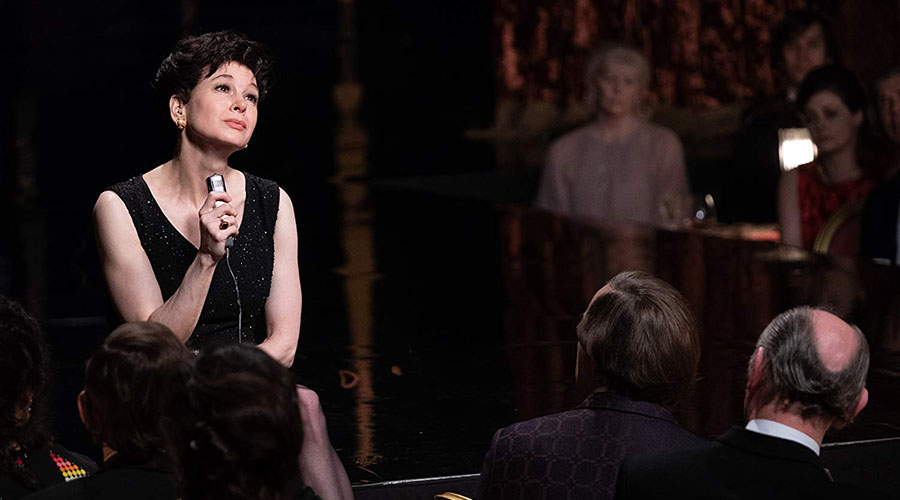 Tragic and beautiful, Judy sees a transformative performance by Renée Zellweger bring to life one of the true icons of the twentieth century. Judy Garland became a product of the studio system in the thirties with all its evils and manipulations in full effect. Her starring role in The Wizard Of Oz cemented her in people’s imaginations and the film went on to become one of the most recognised productions of all time.

Signed to MGM Studios at a very young age, her life was almost completely controlled by its studio head, Louis B. Mayer. Never considered an out right beauty of the caliber of Liz Taylor or Ava Gardner, she was made to feel second class and was never allowed a childhood. Labour laws of the time for children actors in Hollywood were almost non-existent. They also gave her regular quantities of amphetamines to keep her thin and working. This helped to create addictions that lasted her entire life.

The film doesn’t back away from the horrible treatment she endured as a child actor or the excesses she regularly indulged in as an adult but its narrative is more focused on a somewhat productive period of her life. Unable to get regular work in the states in her later years because of her reputation for being undependable, she had to travel to London to get singing gigs and try to make enough money to solve her financial entanglements.

As a canvas for the craft of acting, it gives Zellweger a great opportunity and she is utterly believable in the role. If the film succeeds at introducing a new generation of people to the talents of Judy Garland, it will be considered a success. She deserves to be remembered in her entirety not just as a cautionary tale. Her talent was substantial and there are moments of great emotion in her work.
Rob Hudson
www.facebook.com/UniversalPicturesAU