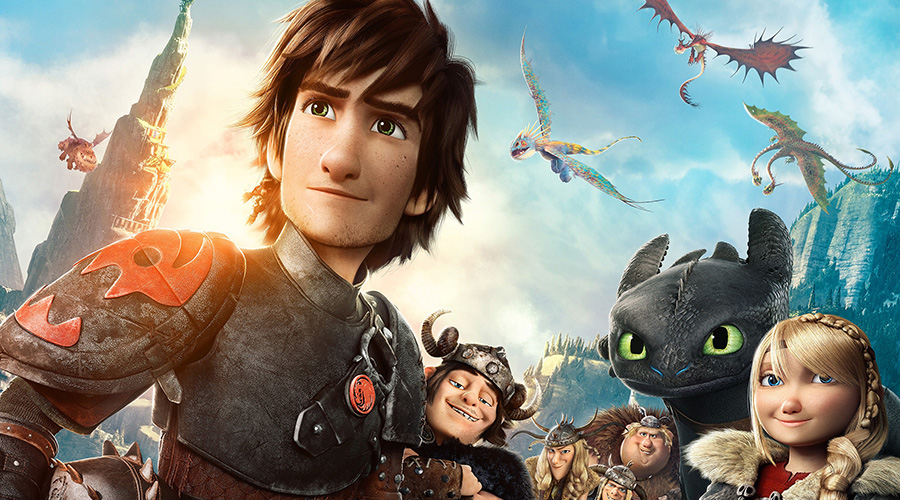 How To Train Your Dragon 2 Movie Review

In this sequel to How To Train Your Dragon, our young heroes are noticeably older – they must be in their mid to late teens now – and the story has matured correspondingly.

Hiccup is clearly in a loving relationship with Astrid and Hiccup’s dad, Stoick, is talking wedding bells. But there’s a darkness that accompanies this maturing of the story elements and it proves to be a double-edged sword.

The unbridled fun of the first film (probably Dreamworks’ best animated feature) takes a heavy hit in this one with the story centering around loss, love and loss again. Hiccup’s discovery of his long lost mother (voiced by Cate Blanchett impersonating Emma Thompson, it seems) and the reasons for her departure adds heart to the story but also a heavy slice of melancholy. It’s a brave move for a kid’s film but it dominates most of the proceedings at the expense of the villain of the piece who is largely forgotten for much of the movie’s middle section. Indeed the film is trying to be two films in one: a family relationship drama; and a good guys versus bad guys action adventure. But the juggling of these two elements is less than successful and each ball is in turn dropped in favour of the other. That the villain is human, also darkens the overall tone of the film.

With the mixture of light and dark tones on display here, presumably Dreamworks were shooting for a balance akin to Pixar’s Up, but where the first Dragon film was very successful in emulating Pixar’s success, a similar achievement is not quite found here.

Despite this tonal and narrative imbalance, however, How To Train Your Dragon 2 remains a very entertaining film. The interplay between the young players is heartfelt and amusing and the action sequences are everything we would expect and then some. As a result, the film remains dependable holiday fare for kids and adults alike and deserves recognition for at least attempting to push the story forward rather than simply resorting to a cheap sequel cash-in.