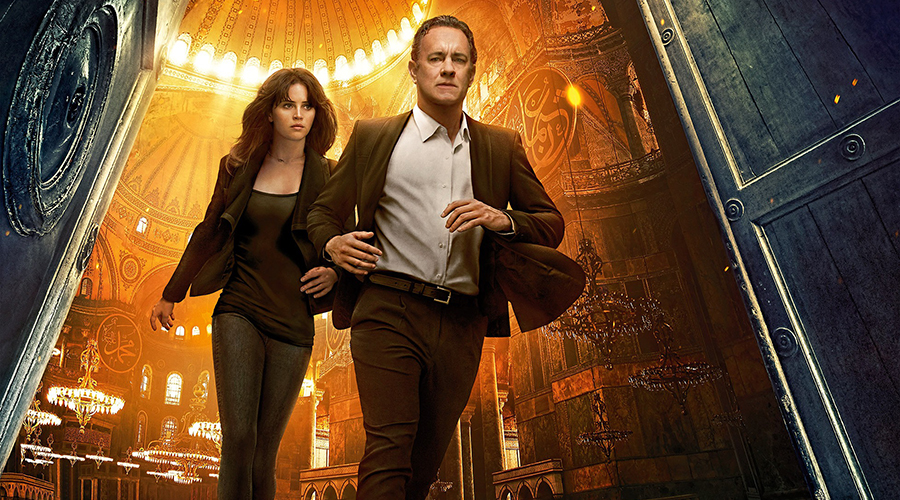 Although casting Tom Hanks in the lead role of the latest film adaptation of Dan Brown’s Da Vinci Code novel Inferno gives the film an everyman appeal, it has its drawbacks. Having such a physically unassuming man as the hero of the piece robs the proceedings of any real sense of danger. The end result has made the DVC movies play out like a poor man’s Bond or a beefcakeless Bourne.

The latest edition skips the third Brown book, The Lost Symbol and drops Harvard University professor Robert Langdon (Hanks) into the usual world of intrigue. Conspiracies play a more reduced role this time and the film plays out with more action and less intrigue. The action is largely set in Venice, which is an excellent choice as it’s one of the world’s most unique looking cities.

The casting is not the film’s strongest suit as Hanks and lead actress Felicity Jones as his caregiver Dr. Sienna Brooks don’t have an overabundance of on-screen chemistry. Ben Foster as the big baddie is underutilized as well. The rest of the cast including Irrfan Khan and Omar Sy put in workman like performances.

In a crowded field of globe trotting super sleuths and action heroes, the Da Vinci Code films rely on the enticement of a good global conspiracy. Unfortunately in this latest film edition of one of Brown’s novels, it just doesn’t capitalize enough on the series’ most obvious appeal.