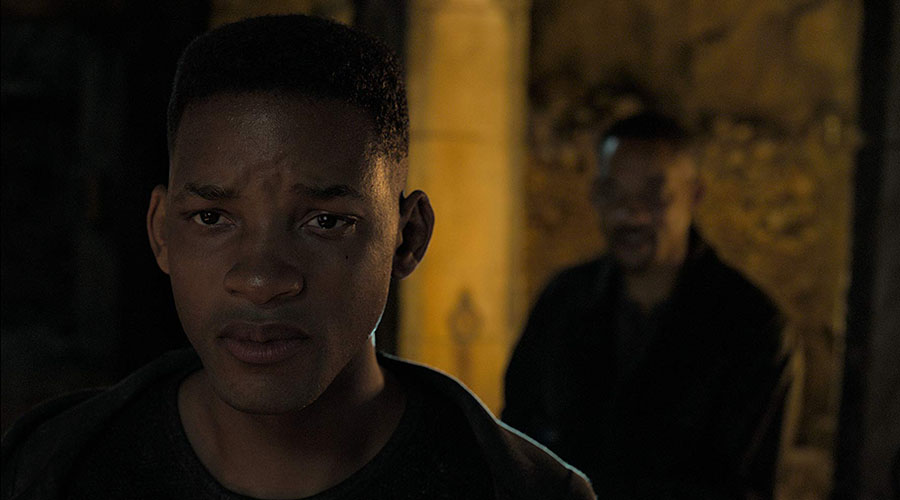 In this day and age, what constitutes a good popcorn movie? It is just the easy escape? Or an uncomplicated story? Or a familiar face up on the big screen? Well, Gemini Man ticks a lot of those boxes and the 3D+ version is arresting to look at but the film has a few issues that hold it back.

For as much as the computer technology to make the actors look like younger versions of themselves has been heralded, in practice it turns out rather odd looking. When viewing the younger version of Henry Brogan (Will Smith), it almost looks like he’s overdone the botox. There is little emotion seen. The extremely high resolution of the film does not help this anomaly either.

Director Ang Lee holds nothing back with the action sequences and many of them are amazing to look at. One action scene set in a convenience store is particularly impressive with lines of tracer fire criss crossing the air and explosions filling the scene with visual information. The sound design also helps to sell the impact.

What little story there is, a retiring assassin has to fight a cloned version of himself is perfectly adequate to stitch together all the action scenes. At times spectacular to look at and with some rather gripping action sequences, Gemini Man tries to set a new standard for the level of immersion that the 3D format is capable of and should help to raise the bar on the popcorn movie.
Rob Hudson
www.facebook.com/ParamountPicturesAU