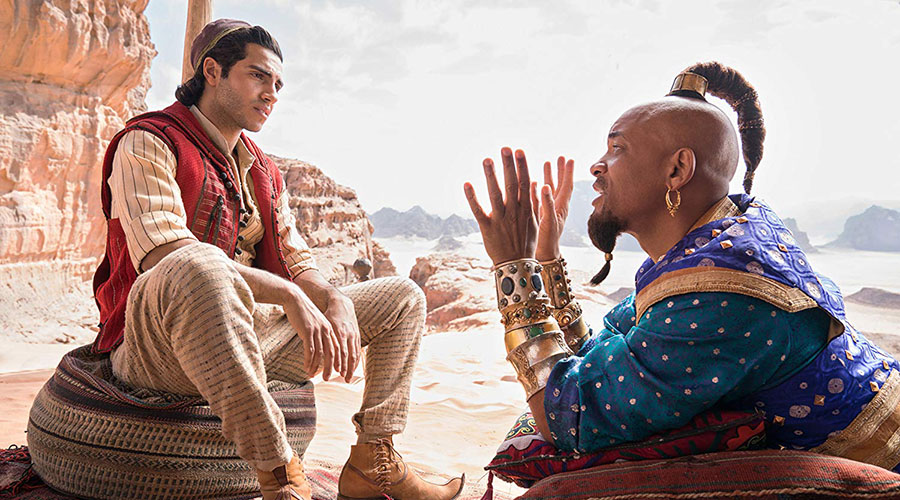 There are a number of questions that spring to mind with the release of the new Aladdin. First, why did it take Disney 27 years to make a live action version of the much loved and slightly dubious animated classic and second having Guy Ritchie, he of British cool crime dramas being attached as director and one of the writers.

The film plays more like a version of the Broadway musical than the animated endeavour and includes a lot more songs. Unfortunately nothing dissipates dramatic tension more than when the actors break into song so the dynamic structure is effected. They have also wisely cleaned up a lot of the questionable stereotypes.

While Will Smith is certainly no Robin Williams, the demands placed on the actor are greatly diminished, so he is more than capable of the role. Mena Massoud as Aladdin and Naomi Scott as Jasmine are also well cast and both have the acting and singing chops to carry off the role effectively. However Marwan Kenzari as the big bad, Jafar lacks a certain sense of menace.

Thirty minutes longer than the original film, the pace is mostly brisk but the story is slowed by the inclusion of a few too many songs. This is a more adult effort and lacks the original’s manic level of energy. It is however well crafted and has its own appeal.