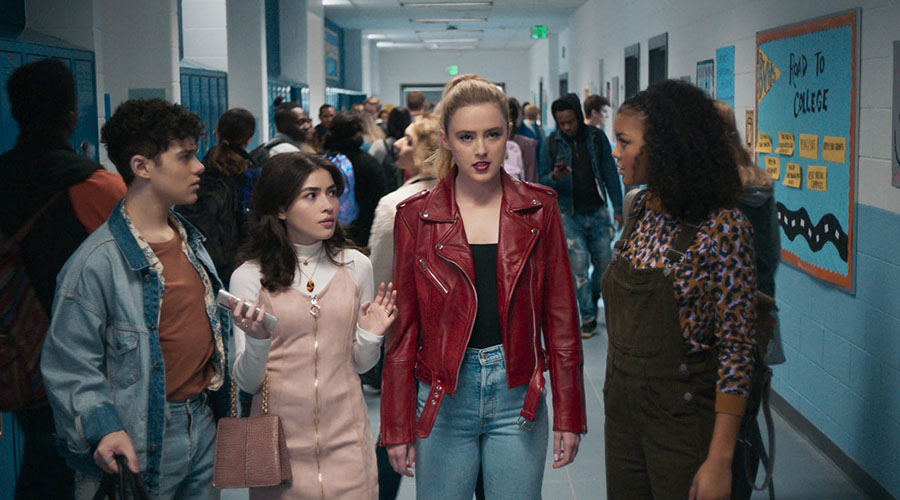 Just in time for a good old fashioned Friday the 13th night at the movies is Freaky. It is fun, frivolous and proves Blumhouse still has the touch with reimagining previous projects. In this case, providing a horror twist to the 1976 Disney body-swapping romp Freaky Friday.

This time Vince Vaughn is the serial killer the Blissfield Butcher who trades bodies with teenage girl Millie (Kathryn Newton). Millie has yet to come into her own and is still dealing with the long dark shadows cast from a family tragedy. Her mother drinks too much while her sister hides in her job as a police officer.

Most of the film’s humour arrives via Vaughn’s acting chops as he plays a giddy teenage girl trapped in a scheming psychopath’s body and to amusing effect. The victims he/she polishes off are quite a cliche bunch but that does little to dampen the fun when they go down for the count.

Featuring a not always comfortable mix of gratuitous bloodshed and teenage troubles, Freaky is still an entertaining way to bring the week to a close. It breaks little new ground but does well with the parts it has in play. This Friday, give your loved one a dozen black roses and a good time at the cinema.