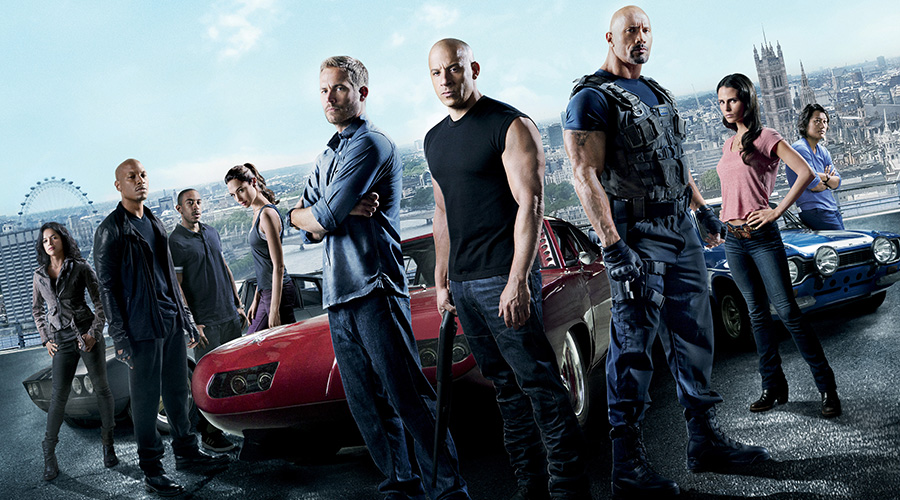 When armed with a decent script, director Justin Lin can knock out a pretty decent action movie. He hasn’t always been blessed with decent scripts, however, in the past it seemed that the F&F movies could only succeed when ripping off a decent prior story.

The film begins with a nice round up of all the films so far over its opening credits, foregoing the big opening action sequence of its predecessors. This is probably a good thing given the outrageously impossible opener for Fast Five.

In movieland there is a fine line between the very, very unfeasible and the downright impossible, but the difference is critical for wowing audiences whilst simultaneously allowing them to suspend their disbelief and thus preserve the fantasy of the story. Admittedly, ignorance is bliss too. Fast and Furious got it right; Fast Five got it horribly wrong (thanks mainly to its opening sequence). Thankfully, Furious 6 once more moves to the positive side of the equation (if only just).

From this cast, which mostly reprises that of the previous film, we get what we expect in solid terms. All the girls are pretty. The diverse array of cars are mean and fast (though there’s still no Monaro or GTHO!) Diesel is Diesel and we love him for it. Same for The Rock. Thankfully Dwayne Johnson is less lubed up in this one. Indeed there’s even a playful joke or two referencing his excessive moistness in Fast Five. And with the films obligatory sequel-suggesting epilogue, this franchise is starting to look as good as The Expendables cast-wise!

The result is a film that is as fun as it is outrageous. Given that half the movies in this franchise are now good ones, let’s hope that the 7th instalment of Fast and Furious makes it a majority.
Stuart Jamieson