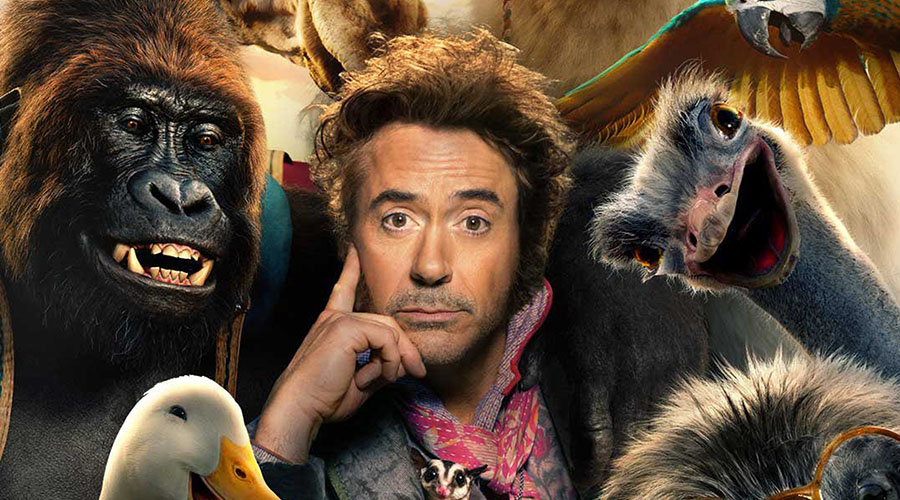 When Englishman Hugh Lofting first created the character of Doctor Dolittle when writing illustrated letters to his children while stationed in the trenches during World War One, he could have never imagined the long term ramifications. He went on to write a large and much loved collection of stories centered around the good doctor who could talk to the animals.

Fast forward to 2020 and you now have the latest film attempt to capture some of that magic. It’s loosely based on Lofting’s second book, The Voyages of Doctor Dolittle that was originally published way back in 1922. It gives lead actor Robert Downey Jr a chance to break out of the MCU and franchise straitjacket for well, another franchise.

Downey is his usual charismatic self and it’s a good thing as the film doesn’t aim very high. It’s a contented work that settles quite happily for providing an easy to digest escape into a literary character that has a built in fan base, at least for those that still read books. It’s also always fun with movies like this to guess who provides the voices behind the completely computer generated animals.

Charming if not a bit juvenile, Dolittle makes the most out of a minimal storyline and a maximum voice cast who all sound like they had great fun doing what they do. There are few surprises in store but it is quite good at providing a satisfying sense of spectacle. It also answers the age old question, can a dragon break wind and not burn up?