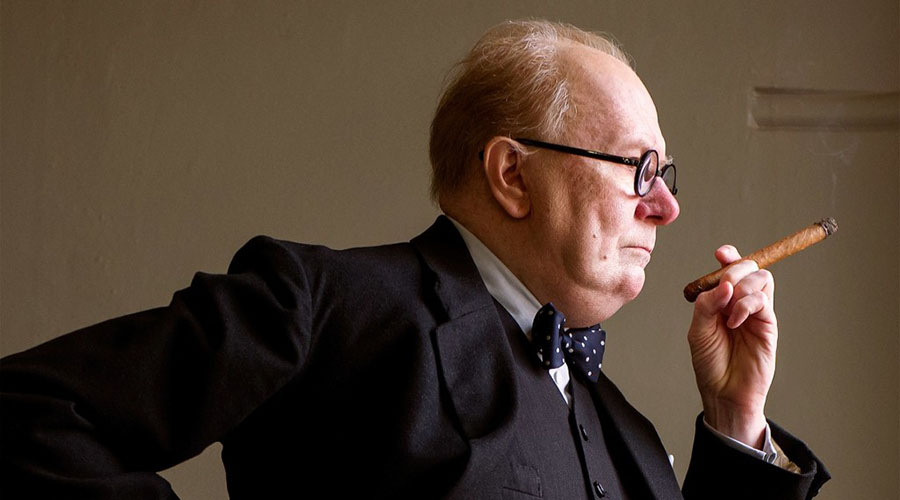 Few moments in history were as pivotal for the future of England as the time in 1940 when Winston Churchill became the Prime Minister. 65 years old then and one of the few politicians that could help form a government after the failures of sitting PM Neville Chamberlain, he was the bull in the china shop that was necessary. Someone needed to stand up the Hitler and Chamberlain proved to be ineffective.

Churchill is also one of the most discussed and over examined people of the twentieth century. Many of his idiosyncrasies have also become as famous as him, so the fact that Gary Oldman is so riveting and cliche free as the British Bulldog is testament to the amazing level of craft and acting skill he brings to the role. Ben Mendelsohn is also fantastic as King George VI

The film focuses on the period when he was first selected as PM and one of his first tasks was getting the British soldiers home from Dunkirk. Focusing on just that time period really ramps up the tension even though by now the results are well known.

Referring to Darkest Hour as a just a war film does it a grand disservice as it forms a behind the scenes view that is fascinating. In many ways this film could be part of a fantastic trifecta of British war films that includes Christopher Nolan’s Dunkirk and Tom Hooper’s The King’s Speech.
www.darkesthourmovie.com.au