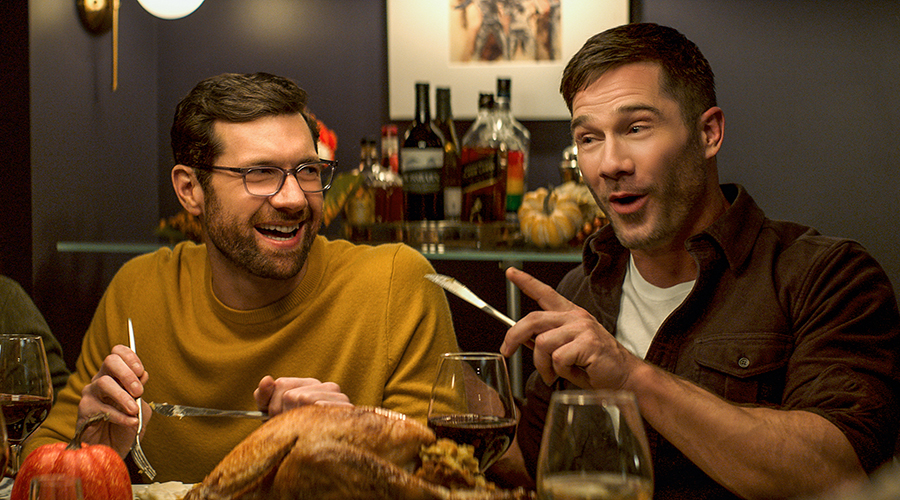 As the concept of a land called Hollywood finally begins to achieve the level of inclusivity that it should have always had, Bros comes along to help blow the doors wide open. When you approach things with an unrestricted mindset, it opens up more avenues for humour.

So many topics get skewered in the cause of making the audience laugh. Gender politics are used as fodder for humour as well as the difficulty in connecting in a world where everyone is linked by an electronic device. And through it all, one thing remains clear, gay dating can be every bit as messy as the heterosexual version.

Most of the elements that make up successful rom-coms get played out here. Bobby (Billy Eichner) meets boy Aaron (Luke Macfarlane), falls for boy, loses boy and well, you know the rest. The budding romance is intertwined with the politics that any couple face on the road to happiness.

Whether it’s boy meets girl or boy meets boy, it’s never that easy to truly connect with a fellow human being. The sometimes absurd lengths people go to to create a union are always great topics for humour. Bros prove that laughter is a universal reaction to the oftentimes absurdity of that human endeavour.