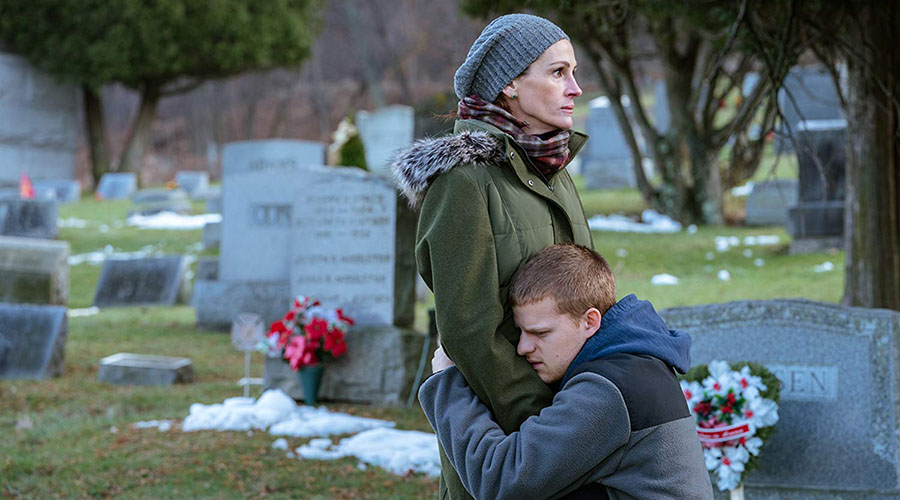 Ben Is Back Movie Review

Playing out as much thriller as tale of parental love knowing no bounds, Ben Is Back is powerful stuff. Julia Roberts is given a script that she is able to energise in a way that only she can. Her expressive acting style is perfectly suited to her strong maternal character.

Roberts is the loving parent of Ben (played in a star turn by Lucas Hedges) who is home for the holidays. Ben, an ex-junkie in recovery brings a lot of baggage with him. This manifests itself in mother and son getting pulled back into the dark world of drugs, those that sell and those that use.

It’s at this point in the proceedings that the story changes tract and morphs into thriller mode. The tension rises and rises as the mother refuses to give up on her son. There are a number of unexpected twists and most of these come from the curve balls the script throws Roberts.

The resilience and love shown from mother to son is the main take away from the film, however it does not shy away from showing the human cost brought on by Ben’s addiction. This is tempered by the reality of how truly awful the lives of those with addictions problems become in the current climate. These are humanitarian problems and should be treated as such, not just as a legal issue.