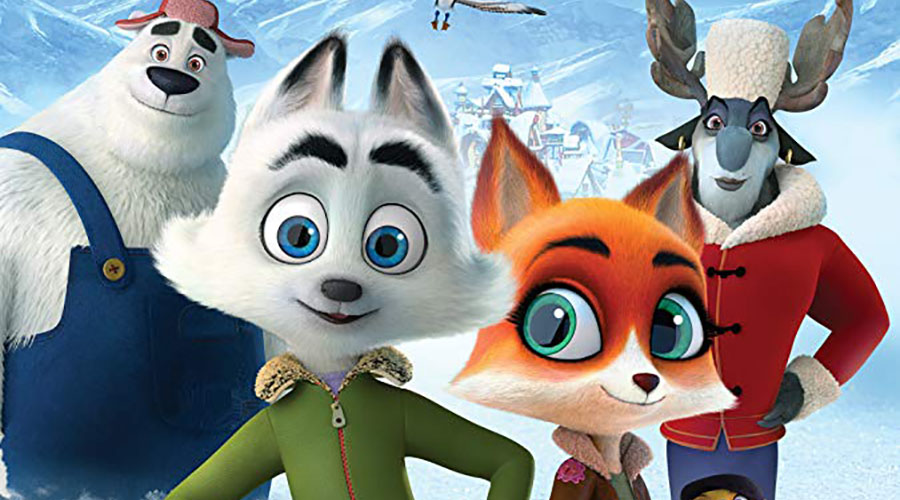 Working a warning message about global warming into a kid’s film is not as outlandish of an idea as it may seem. With the healthy turnout of all ages to the protests around the globe, it’s an idea of relevance. Arctic Justice wears that message on its sleeve but frames it in a very child like environment.

Jeremy Renner does the voice of Swifty, an Arctic Fox trying to be a big dog. Those dogs in question pull sleds with the Arctic town’s mail service and are heroes to the small animal population. Swifty’s small stature makes him the underdog, underfox? of the piece.

The dialogue is rather simplistic and the situations are not overly complicated. It’s presented as a quant and easily digestible story and there is an absent of the adult innuendo that marks most current animated movies. It direction is decidedly towards the young.

A bit slow at first, it hits its stride in the second half. This correlates with the film’s most interesting character, Otto Von Walrus, a half robot, half walrus creature voiced by John Cleese. He is also the big bad. There is little sophistication in the final message of believing in one’s self and looking after your surrounds but that only enhances its value as entertainment for the young.
Rob Hudson
www.facebook.com/IconFilmDistribution.Au